The Comforters was Muriel Spark’s first novel (1957) and much praised by Graham Greene and Evelyn Waugh at the time – thereafter, as she wrote in Curriculum Vitae, Muriel went on her way ‘rejoicing’

Caroline Rose has a problem. She hears voices and the incessant tapping of typewriter keys, and she seems to be a character in a novel . . . A comedy of errors, a crime novel, a book about books, Spark’s debut remains as otherworldly and mischievous as it was when first published sixty years ago.

Allan Massie CBE (born 1938) is a Scottish journalist, columnist, sports writer and novelist. A Fellow of the Royal Society of Literature, he has lived in the Scottish Borders for the last twenty-five years. 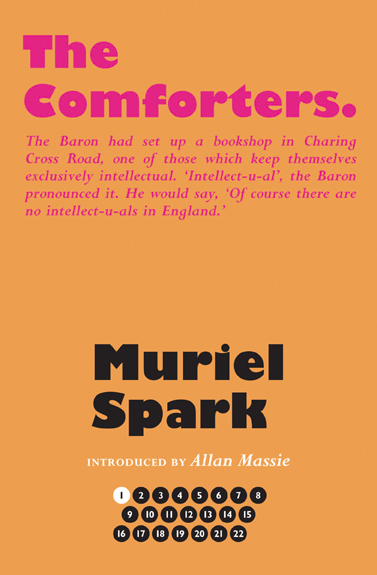