The Hothouse by the East River

The Hothouse by the East River

The Hothouse by the East River, Muriel Spark’s twelfth novel, was first published in 1973

23 in stock (can be backordered)

During World War II, Elsa and Paul were involved in secret propaganda work in England. It is now 1973 and they are living in New York. Elsa is convinced that a German ex-POW – and former lover – who has appeared in New York, may be planning to kill them. And what’s more, her shadow is pointing in the wrong direction: to the East.

Ian Rankin graduated from the University of Edinburgh in 1982. His novel, The Flood, was published in 1986. A year later came Knots & Crosses, his first novel to feature the detective John Rebus. The bestselling Rebus series has been translated into twenty-two languages and adapted for television. 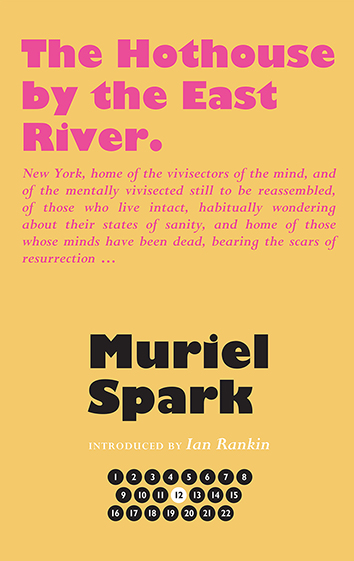