'A gripping mystery that holds the reader to the very last page, and a marvellous portrait of St Andrews in the sixteenth century' – John Burnside

‘Shirley McKay is an intelligent and entertaining novelist who deserves to be better known. TV producers take note: these books, with their vividly realised settings, just beg to be dramatised’ – Scots Magazine

1582, St Andrews. In the swell of a storm, a battered ship is wrecked in St Andrews harbour. Aboard is a young Flemish sailor – the only survivor. The cargo of the ship appears a welcome windfall but it soon brings devastation to the town as petty squabbling turns to hysteria and tragedy. Hew traces the ship to its source in Ghent, where he uncovers a strange secret. Unwilling to allow the law to take its course, he returns once more to the role of advocate and finds his deepest principles being tested to the core.

Shirley McKay was born in Tynemouth but now lives with her family in Fife. At the age of fifteen she won the Young Observer playwriting competition, her play being performed at the Royal Court Theatre Upstairs. She went on to study English and Linguistics at the University of St Andrews before attending Durham University for postgraduate study in Romantic and seventeenth century prose. She was shortlisted for the CWA Debut Dagger for her first Hew Cullan mystery, Hue & Cry. Shirley works as a freelance proofreader. 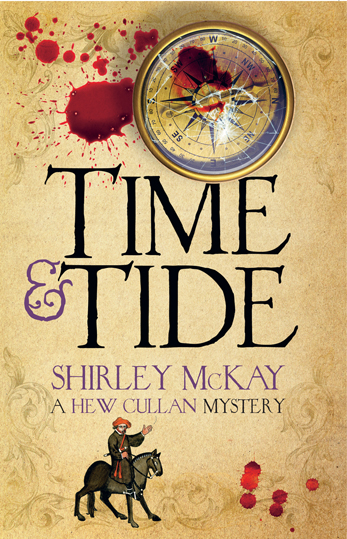