A friendship with Muriel Spark

‘This recollection of a friendship with one of Edinburgh’s most beloved literary icons has real heart and style’ – Meghan Delahunt, Chair of Judging Panel, Saltire Society Non-fiction Book of the Year (shortlisted)

‘[A] beguiling, fascinating memoir’ – William Boyd, The Guardian, Book of the Day

‘an insightful, fond and gossipy read, with a Sparkian title to boot’ – Kirsty Wark, The Observer

‘Anyone who loves Muriel Spark’s novels will enjoy this intelligent and affectionate book. Anyone who reads it, though ignorant of the novels, will surely want to read them’ – Allan Massie, Scotsman

This book is an intimate, fond and funny memoir of one of the greatest novelists of the last century. This colourful, personal, anecdotal, indiscreet and admiring memoir charts the course of Muriel Spark’s life revealing her as she really was. Once, she commented sitting over a glass of chianti at the kitchen table, that she was upset that the academic whom she had appointed her official biographer did not appear to think that she had ever cracked a joke in her life. Alan Taylor here sets the record straight about this and many other things. With sources ranging from notebooks kept from his very first encounter with Muriel and the hundreds of letters they exchanged over the years, this is an invaluable portrait of one of Edinburgh’s premiere novelists.

Alan Taylor has contributed to numerous publications, including The TLS, The New Yorker and The Melbourne Age, and edited four acclaimed anthologies – The Assassin’s Cloak (2000), The Secret Annexe (2004), The Country Diaries (2009) and most recently, Glasgow: The Autobiography (2016).

Muriel Spark D.B.E, C.LITT. was born in Edinburgh in 1918. A poet and novelist, she wrote short stories, radio plays, children’s books, reviews and essays, as well as critical biographies of nineteenth-century literary figures including Emily Brontë and Mary Shelley. She died in 2006. 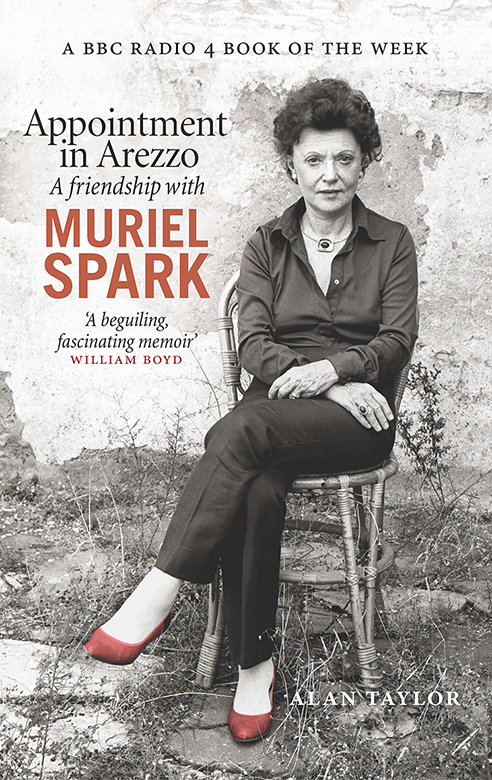