70 in stock (can be backordered)

‘An unusual twist on a well-known genre… Has all the elements to become a film or television drama [with] an evocative and tense setting’ – Stuart Cosgrove, Sunday Post

All over Britain, POW camps are filling up with defeated German soldiers. Every day, thousands more pour in on ships from France. But only the most dangerous are sent to Camp 21 – ‘black’ prisoners – SS diehards who’ve sworn death before surrender. Nothing will stop their war, unless it’s a bullet.

As one fanatic plots a mass breakout and glorious march on London, Max Hartmann dreams of the oath he pledged to the teenage bride he scarcely knows and the child he’s never met. Where do his loyalties really lie? To Hitler or to the life he left behind in the bombed ruins of his homeland?

Beneath the wintry mountains, in the hell of Black Camp 21, suspicion and fear swirl around like the endless snow. And while the Reich crumbles – and his brutal companions plan their assault – Max’s toughest battle is only just beginning.

Inspired by terrifying actual events, Black Camp 21 takes readers on a gut-wrenching journey from the battlefields of France to its shocking climax in a camp which still stands today.

Bill Jones was born in Bridlington and currently lives in Ampleforth, North Yorkshire. He was a journalist before joining Granada Television in Manchester in the 1980s where he worked on hundreds of documentaries for the BBC, ITV, Channel 4 and many others. After thirty years in broadcasting, he turned to a career in writing. His first biography, The Ghost Runner, was shortlisted for the William Hill Award and won him The Times Best New Writer in the 2012 British Sports Book Awards. 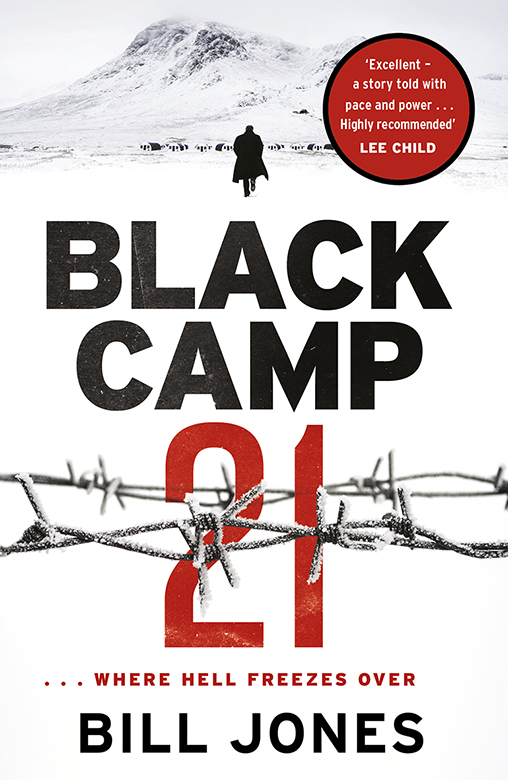