Alone in his kayak, Brian Wilson sets off from the Solway Firth on a 2000-mile odyssey around Scotland’s extraordinarily varied coastline of cliffscapes, unspoiled shorelines, treacherous sea passages and beautiful Hebridean islands. Adventure is there aplenty as he battles with whirlpools, heavy seas and hypothermia and survives a close encounter with a killer whale.

During the voyage, which finishes on the East Lothian coast at Seacliff, he meets a colourful cast of characters, including the larger-than-life famous shark hunter, Tex Geddes, Dr Stan the cave-dweller and even streaks naked in front of the Princess of Wales. Sometimes harrowing, frequently philosophical, and often hilarious, Blazing Paddles is also a perceptive commentary on the environmental issues which threaten the Scottish coastline and its unique and fragile wildlife.

Brian Wilson is a well-known and respected member of the British canoeing scene, specialising in extended seakayaking expeditions and adventure travel. Having been employed by many of the major Scottish conservation and environmental organisations, he is now a freelance environmental contractor working in traditional stonework, thatching and vernacular building conservation. 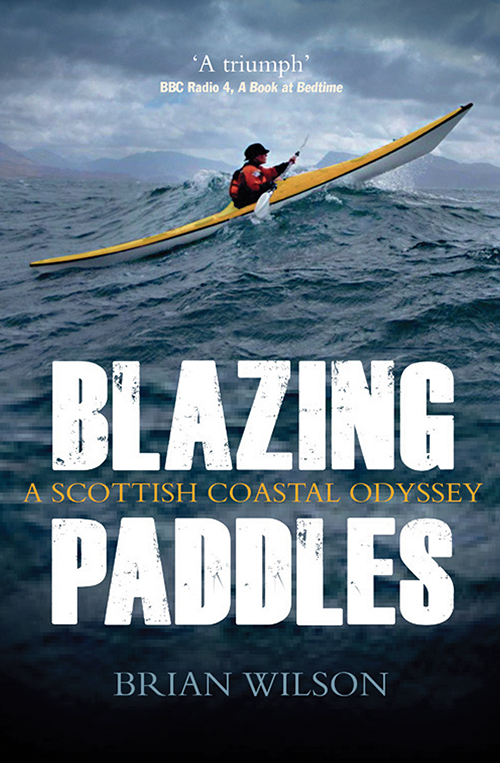