The Story of a Sutherland Farming Family
Introduction by James Hunter

‘a rich and fascinating survey of a country … Anyone who lived through these years will find much to relish, much to provoke surprising nostalgia…Those too young to remember the time will learn a lot about the country they have inherited. I guess many will think “whatever is wrong today, things are better now than then”‘ – Allan Massie, The Scotsman

‘We are guided through the social, political and cultural threads which laid down the roots of 21st century Scotland’ – Scottish Field

This is the second volume of Kenneth Roy’s magisterial trilogy on the history of Scotland since the Second World War. The first volume, The Invisible Spirit: A Life of Post-War Scotland 1945–75, was met with immediate acclaim.

This new volume brings the story much closer to the present day and traces enthrallingly the social, political and cultural threads which lead directly to the Scotland we live in today. Along the way the author describes the oil boom in Shetland, Scotland’s doomed campaign at the World Cup in Argentina, the Orkney child sex abuse scandal, the Lockerbie bombing, the massacre of schoolchildren and a teacher at Dunblane, the cloning of Dolly the sheep, and much more. Kenneth Roy uses his record of events to mount a searing critique of the Scottish body politic of the time and its key personalities and institutions. In sparkling, often very funny prose the country is anatomized in a way which will make uncomfortable reading for many current politicians and public office-holders today. The book culminates in a referendum and the inauguration of the new Scottish parliament. Echoes of present-day aspirations, antagonisms and concerns are all too evident.

Kenneth Roy was born and brought up in Falkirk, Scotland. After ten years working as an anchorman in BBC TV News and Current Affairs he became a critic and columnist in the print media, notably Scotland on Sunday and the Observer. He founded The Institute of Contemporary Scotland in 2000 became the editor of online campaigning journal the Scottish Review and chair of the Young Scotland programme, which encourages debate and exchange of ideas among young adults in Scotland. He died in November 2018 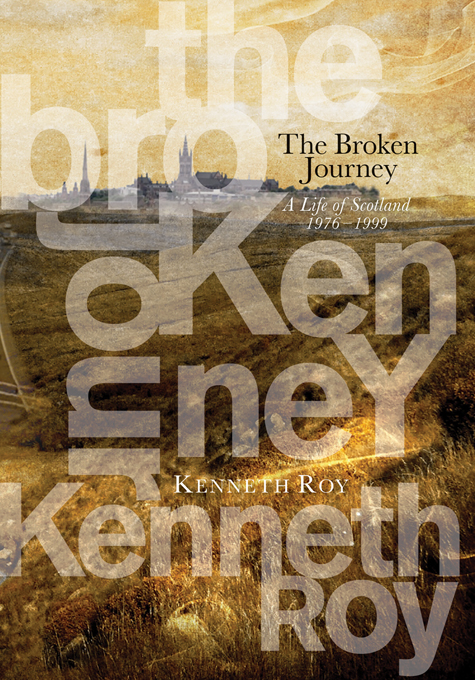