8 in stock (can be backordered)

This is a new edition for Oakwood of the book first published in 1970 by David & Charles with a second edition in 1993 by Plateway Press. This new Oakwood edition has minor updates and some ‘new’ old photographs.

The author, now in his 90s, visited Campbeltown in the early 1930s and again in 1941 thus sparking his interest in this operation. In the 1950s he decided to build a scale model and his new bride was only too happy to accompany him to Campbeltown on their honeymoon so he could take the necessary research photographs of what was left of this line built to move coal economically from pit to ship. The route was from the colliery near Machrihanish across the Kintyre Peninsula to the pierhead at Campbeltown. Coal strikes in the 1930s, competing services from buses, financial problems and the fact that Machrihanish coal wasn’t of especially high quality, all contributed to the inevitable demist in the mid 1930s, but traces of the line remain visible along the route today.

The chapters include background about the Kintyre Peninsula , the Campbeltown Coalfield , the Colliery Railway , the Campbeltown & Machrihanish Light Railway , my favourite chapter name The Wee Train, Decline and Fall , plus a chapter on rolling stock etc. Finally there’s an examination of ‘if onlys’ entitled Drams of Greatness and an appendix on other railways in the area. 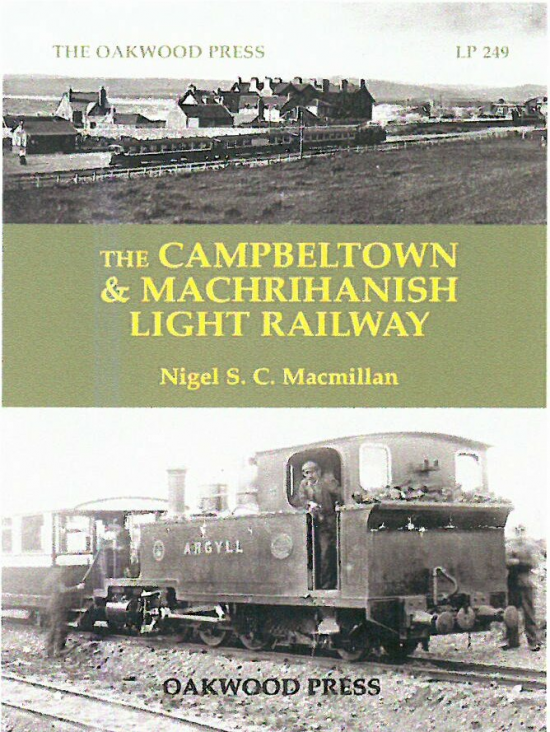