The first book to trace Elton John’s meteoric rise in the wild 1970s, to a global sensation with sales of 200 million albums worldwide.

In August 1970 Elton John achieved overnight fame after a rousing performance at the Troubadour in Los Angeles; over the next five years he was unstoppable, scoring seven consecutive number 1 albums and sixteen Top 10 singles in America. But behind his outre image and comedy glasses lay a desperately shy individual, conflicted about his success, his sexuality, and his narcotic indulgences. In 1975, at the apex of his fame, John attempted suicide twice yet, after announcing his retirement in 1977 at the age of thirty as well as coming out as a gay man, he gradually found his way back to music.

Captain Fantastic is an intimate look at the rise, fall and rise again of John’s fame-and-drug fuelled decade, with a final section bringing his life up to the present.

Tom Doyle is an acclaimed music journalist, author and long-standing contributing editor to Q, whose work has also appeared in Mojo, the Guardian, Marie Claire, Elle, The Times and Sound on Sound. Over the years he has been responsible for key magazine-cover profiles of Paul McCartney, Keith Richards, Kate Bush, Elton John, R.E.M. and U2, among many others. 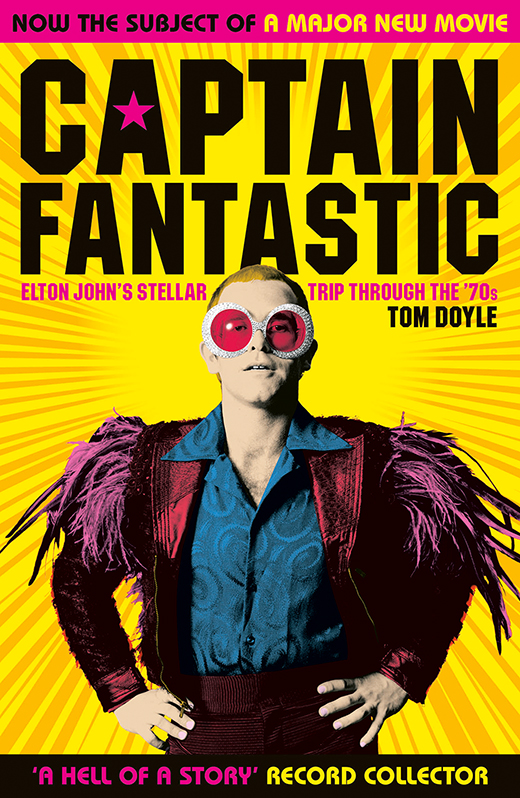