'Harris makes [Buchan’s] creatures and places accessible by virtue of their honour, their wit their courage and by immersing them in a rattling good plot. "Richard Hannay Lives", if he ever died' – West Highland Free Press

'an entertaining new adventure … [t]here’s genuine empathy for those affected by the Great War, and it shows how emotional damage distorts ethical values for men and women of all backgrounds. A yarn with a heart' – Historical Novels Society

'Suitably swashbuckling, with plenty of nods to Buchan’s other novels and works. Good fun and an admiring tribute' – Scotland on Sunday

In 1920s Scotland a foreign dignitary on a secret visit has been abducted by men who plan to murder him.

Veteran adventurer Richard Hannay must recruit three of his oldest friends to prevent a catastrophe that could plunge Europe into another war. It is a mission none of them ever expected to undertake, for the man they must rescue was once their sworn enemy – the Kaiser.

As he and his allies pursue a desperate chase through the Highlands, Hannay discovers that he has stumbled upon an international conspiracy, one that shockingly involves a member of the British royal family.

In Castle Macnab Robert J. Harris, bestselling author of The Thirty-One Kings, has created a new adventure for Richard Hannay and a sequel to John Buchan’s classic novel John Macnab.

Robert J. Harris was born in Dundee and studied at the University of St. Andrews where he graduated with a first class honours degree in Latin. He is the designer of the bestselling fantasy board game Talisman and has written numerous books, including Leonardo and the Death Machine, Will Shakespeare and the Pirate’s Fire, the popular World Goes Loki children’s series, the Artie Conan Doyle Mysteries, and The Thirty-One Kings. He lives in St. Andrews with his wife, Debbie. 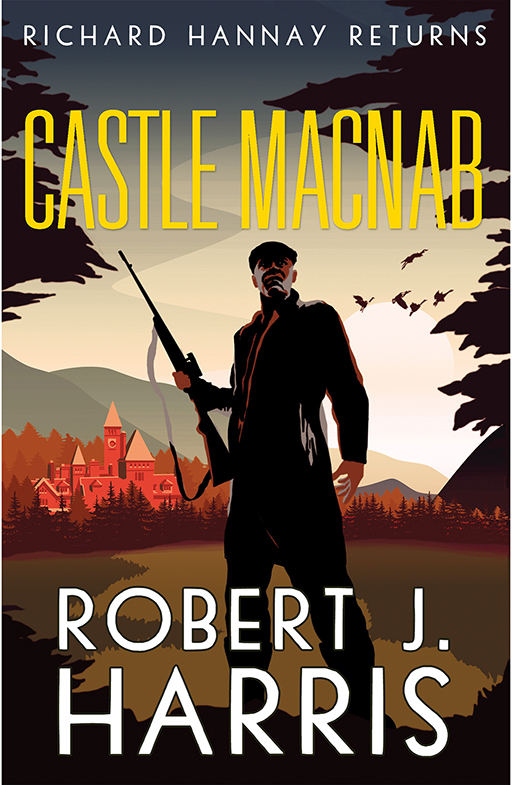