Workhorse of the World

The story of one of Britain’s remarkable native breeds.

The Clydesdale has its origin in the working horses of Lanarkshire in the early 19th century, and over the last 200 years have been exported from Scotland all over the world. Having survived near extinction at the hands of mechanisation in the middle of the 20th century, today they are to be found in increasing numbers as team – and single – draught horses, working the land, or as popular riding horses, lending them a whole new image.

In this book, Mary Bromilow puts this iconic Scottish breed into context in relation to its development, social history and popular culture both in the UK and abroad. She also shows how the Clydesdale has made an extraordinary comeback supported by an international band of passionate enthusiasts who promote the breed tirelessly at local, national and international level.

This is an expanded and fully revised edition of the book, first published by Argyll Publishing in 2011.

Mary Bromilow was born in south-west Scotland. She has spent her whole career in the world of books, first as a librarian and then in bookselling. Horses have played an important part of her life since childhood. 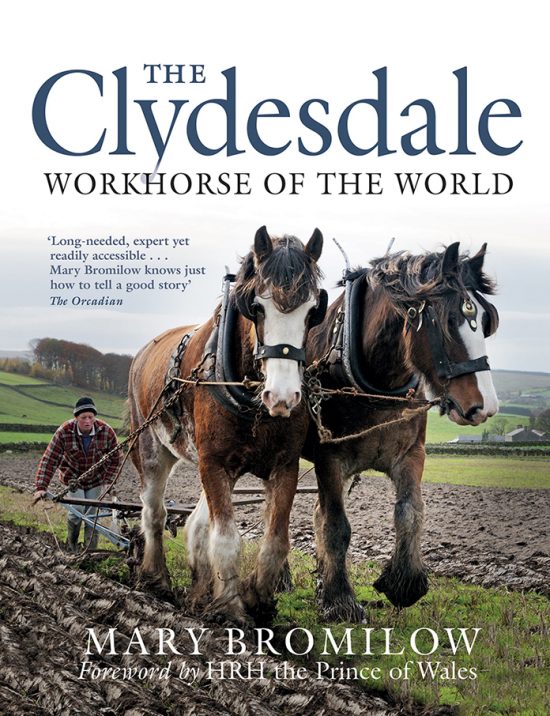