Their Prehistoric Forts and Ecclesiastical Antiquities

First published in 1903, this is the classic account of the history and archaeology of Coll and Tiree and the neighbouring Treshnish Isles.

This is the classic account of the history and archaeology of the Hebridean islands and the neighbouring Treshnish Isles. The result of painstaking research undertaken in the last years of the 19th century, it was first published privately with a limited print run in 1903. Since then it has remained an extremely rare and much sought-after book. This is its first modern republication. Starting with a general introduction to the history of the islands, Beveridge goes on to discuss in turn the domestic, pre-Christian and Christian sites of each, together with the discoveries that were found in them. The author also provides sections on clan history and the Norwegian occupation of the Hebrides.

The book includes a detailed map indicating all the sites referred to in the text and seventy illustrations that provide a fascinating documentation of the archaeological remains of the islands before the ravages of the 20th century took their toll.

The Beveridge family were well known both in the Western Isles and in Dunfermline from where they originated. Erskine Beveridge wrote a number of works which were privately printed. Birlinn also have republished the equally rare North Uist. 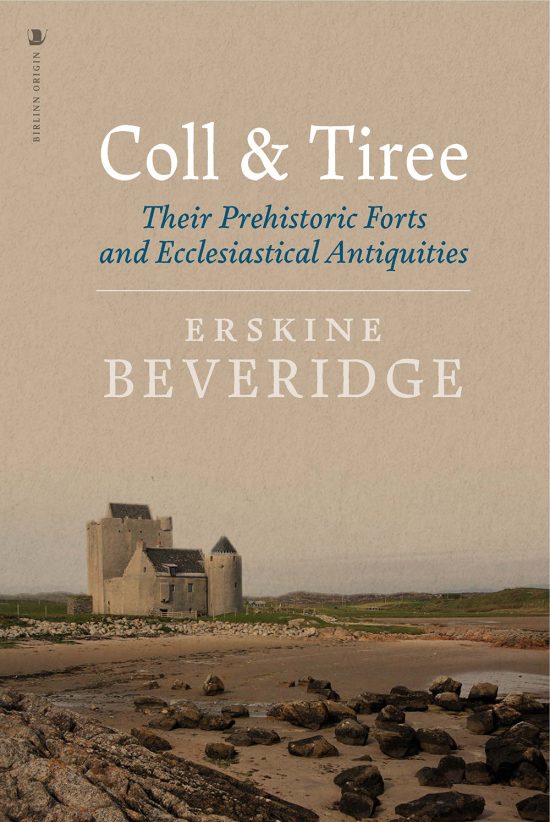