A collection of classic and elegantly unsettling ghost stories first published in 1963.

Dark Encounters is a collection of classic and elegantly unsettling ghost stories first published in 1963. A spine-tingling collection, these tales are set in the brooding landscape of Scotland, with an air of historic authenticity – often referring to real events, objects and people. From a demonic text that leaves its readers strangled to the murderous spectre of a feudal baron, this is a crucial addition to the long and distinguished cannon of Scottish ghost stories.

For those who seek out the unnerving, the unknown and the unexplainable, Dark Encounters is guaranteed to raise the hair on the back of your neck.

William Croft Dickinson, CBE (28 August 1897 – May 1963) was an English historian, a leading expert in the history of early modern Scotland and an author of both children’s fiction and adult ghost stories.

Alistair W. J. Kerr was born in Scotland. His father was an officer in the Royal Army Medical Corps, who later became an academic. Alistair studied History and Law at the University of Edinburgh and later became a civil servant. He is the author of Betrayal: The Murder of Robert Nairac GC (Cambridge Academic, 2015). 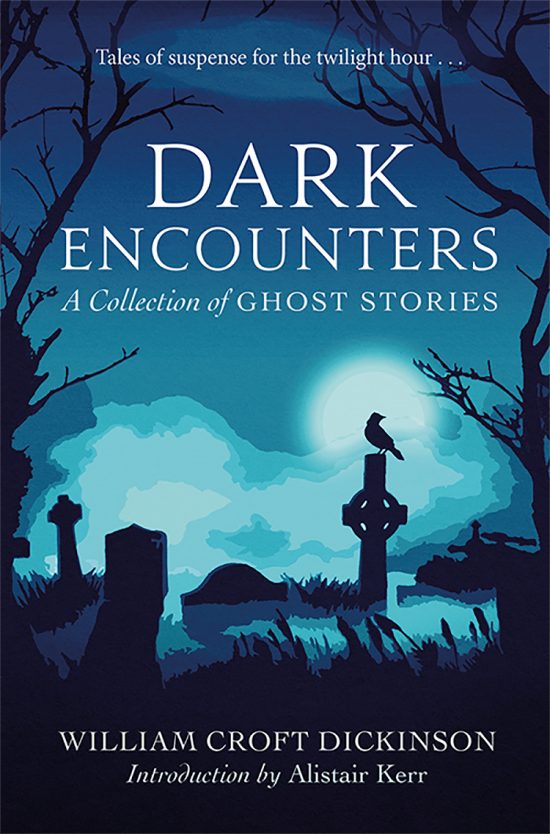