The first complete history of Dumfriesshire to be published.

22 in stock (can be backordered)

Straddling the main western route into Scotland, Dumfriesshire was the focus of successive waves of immigrants from the Stone Age people onwards. They were followed by the Beaker people of the Bronze Age, and later the Celts, renowned for their iron-working skills, their horsemanship and their militancy. After a brief spell of Roman rule, Dumfriesshire became part of the Cumbrian kingdom of Rheged. Then came the Northumbrian conquerors, Viking invaders and finally Anglo-Norman settlers. Chief among them was Robert de Brus, who was granted the lordship of Annandale, and in 1306 his descendant King Robert Bruce usurped the throne. In an age of turbulence, Dumfriesshire was the main battleground of the Wars of Independence, a target of repeated English invasions, a prey to reiving, and victim of the sixteenthcentury religious wars. With the restoration of peace following the Union of 1707 came land improvement and the development of farming, which would become the mainstay of the region’s economy.

This comprehensively researched book demolishes a number of popular myths, and is a highly readable account of a region which can justly be described as the cockpit of southern Scotland.

Andrew McCulloch graduated in law at Edinburgh University. His lifelong interest in history, combined with legal practice, farming, managing his own business, and his residence in Dumfriesshire, has qualified him well to write this comprehensive history of the region. He is the author of several books and articles, including Galloway: A Land Apart, The Feeneys of the Birmingham Post, and Scottish Saga: The Kingship in Eclipse. 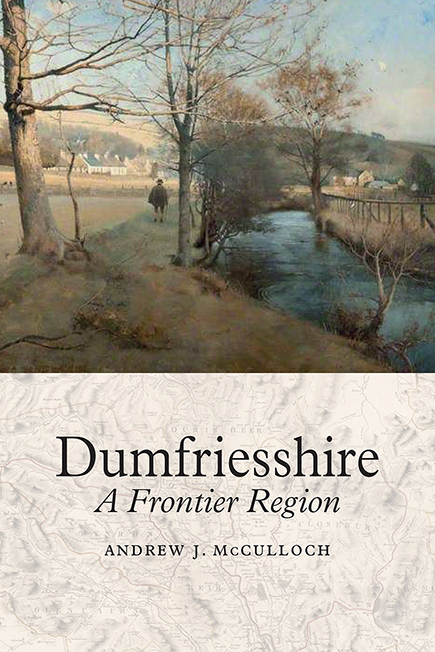