A biography of an extraordinary man, this book also paints a remarkable portrait of the life and times of a beautiful part of Scotland from the late Victorian era to the middle of the twentieth century.

57 in stock (can be backordered)

When Patrick Gillies graduated from the University of Edinburgh’s distinguished school of medicine with honours in 1890, a high profile career as a surgeon lay ahead of him. Any city across the world would have welcomed him, and his university mentors, including the famous Joseph Lister, urged him to take up one of these opportunities. Gillies defied them all and returned to his home town of Easdale, determined to continue the work his father had begun as a physician to the parishioners of the Slate Islands. Over the next 40 years Patrick Gillies worked tirelessly to sustain and improve the community services available in Argyll. Although he worked as a General Practitioner, Patrick involved himself in every aspect of the community, joining the Cullipool School Board, where he was determined to protest against its closure – a fight he eventually won.

This early battle is indicative of the rest of Gillies’ life which he spent investigating everything, from the drainage systems to preventative medicine, and fighting for improvements, such as an isolation hospital for the Slate Islands and better medical provisions for school children. In later years he was able to apply his determination and sense in Army service in two wars.

Mary Withall was born in London and was a science teacher for many years. On her retirement in 1988 she moved to Argyll and began a second career as a historical novelist. Her novels include Beacon on the Shore (1995), The Gorse in Bloom (1996), The Poppy Orchard (1999) and The Flight of the Cormorants (2000). In addition to her writing, she is also archivist of the Scottish Slate Islands Heritage Trust and author of The Island that Roofed the World. 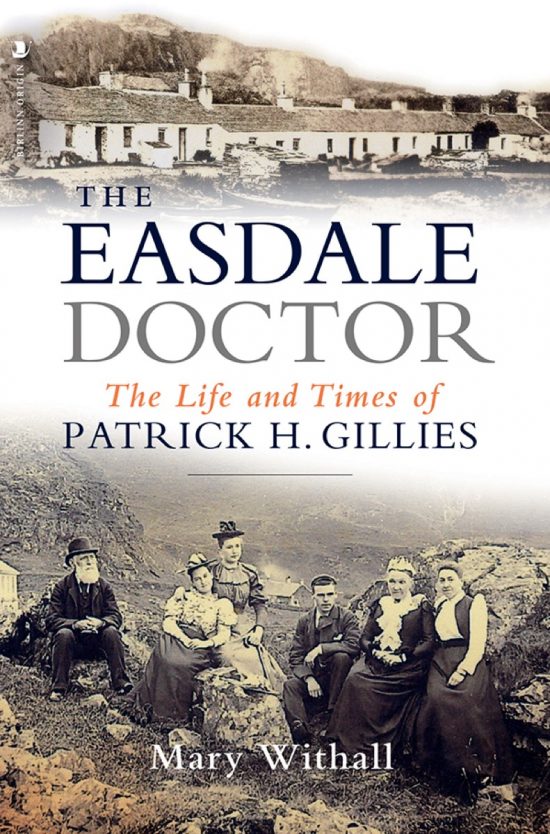