‘A film waiting to happen although so vivid is Jake Wallis Simons’ description and attention to detail I feel I’ve seen it already. If you only read one novel this year make it this one’ – Lovereading

Fifteen-year-old Rosa Klein slips out of Germany on a Kindertransport train to begin a new life in England. Charged with the task of securing a safe passage for her family, she vows that she will not rest until they are safe. But as war breaks out and she loses contact with her parents, Rosa finds herself wondering if there are some vows that can’t be kept . . .

16 in stock (can be backordered)

‘Absolutely compelling’ – Sarah Crown, Guardian ‘A film waiting to happen although so vivid is Jake Wallis Simons’ description and attention to detail I feel I’ve seen it already. If you only read one novel this year make it this one’ – Lovereading   ‘An important subject explored by a writer to watch’ – Jonathan Freedland

‘Rosa must carry her suitcase herself. She heaes it up, walks through the doorway, looks back one final time: Papa and Mama are standing arm in arm, they are waving, but their masks have fallen away, they look hopeless, and that is the worst thing of all; Rosa turns her back and they are gone.’

The Klein family is slowly but surely losing everything they hold dear – or ever took for granted – as Hitler’s anti-Jewish laws take hold in 1930s Berlin. In desperation, fifteen-year-old Rosa is put on a Kindertransport train out of Germany, to begin a new life in England. In a foreign country, barely able to make herself understood, she struggles to find a way to rescue her parents. Overtaken by the war, however, they gradually lose touch. Now Rosa must face the prospect of not only being unable to fulfil her vow to save her family but also of an unknown future, quite alone.

One of Britain’s most compelling and original new voices, Jake Wallis Simons blends meticulous research with powerful storytelling in an epic journey from heartbreak to hope.

Jake Wallis Simons is a novelist, journalist and graphic artist. His acclaimed first novel, The Exiled Times of a Tibetan Jew, was named by the Independent on Sunday as a Book of the Year. Jake writes features for the Times, the Guardian, the Independent on Sunday, the Telegraph, La Repubblica and other publications, and his work has been featured in The Week magazine. He is a contributor to BBC Radio 4’s From Our Own Correspondent. Born in London in 1978, Jake was awarded a first-class degree in English from St Peter’s College, Oxford, before undertaking a PhD in Creative Writing at the University of East Anglia. Jake is a Fellow of The Royal Society of Arts, and Practitioner-in-Residence at Bournemouth University. He lives with his family in Winchester. Find out more about Jake and his work at his website www.jakewallissimons.com. 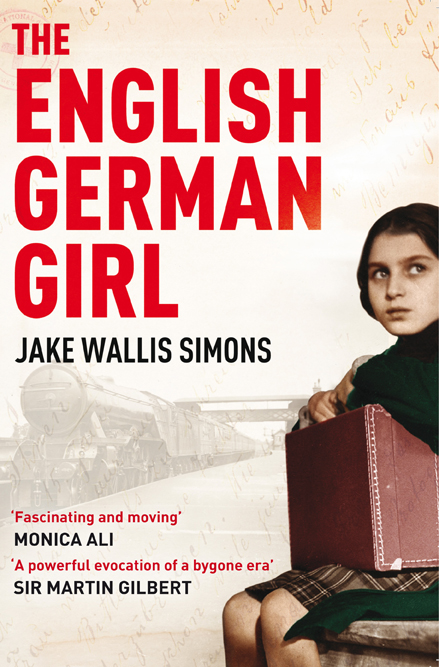