Eriskay Where I Was Born

Eriskay Where I Was Born

A unique and very funny account of the real story behind Whisky Galore, an entertaining memoir of island life and social history.

Angus Edward MacInnes, born at Haun, Eriskay in the Outer Hebrides in 1925, returned in his imagination to the island of his birth to create what, since its first publication in 1997, has become a classic account of an almost forgotten way of life. His autobiography, told with the captivating rhythms and story-telling techniques of his native Gaelic, combines the author’s personal experiences with his observations of life around him. The result is a complete picture of Eriskay, from its topography to descriptions of the islanders’ dress, diet and schooling. The island’s traditions are brought vividly to life with amazing – but, the author insists, true – tales of ‘giants’, strong men, ghosts and the second sight.

Amongst Angus Edward’s stories of his childhood and schooldays on Eriskay is a hilarious first-hand account of the aftermath of the sinking of the S.S. Politician, later immortalised in Whisky Galore. He went on to travel the world on the high seas as a radio officer during the Second World War – in the course of which he survived a torpedo attack – and later worked as a deep-sea fisherman. He saw out his career as a captain on the Caledonian MacBrayne ferries on the Clyde. 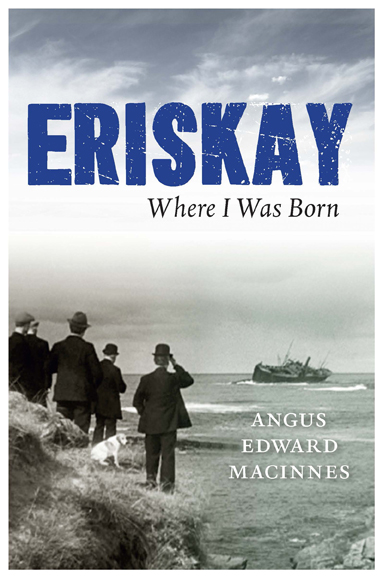