The Secrets of European Football Success

A fascinating and entertaining examination of footballing methods employed in Europe.

‘Shows how globalisation, and the professionalisation of all facets of football, have transformed the sport on the continent…and how important regional and national differences between teams still linger’ – The Economist

The European Game is an adventure. Over three months Daniel Fieldsend travelled the continent discovering the methods for success used at some of the biggest clubs in Europe, from Ajax and Juventus, to Feyenoord, Inter Milan, Bayern Munch, Benfica, Athletic Bilbao and many more. At each institution he visited, Fieldsend delved to the very heart of what made the club tick, speaking to members of staff all the way up the hierarchical ladder, from scouts and academy coaches to first team managers, analysts and board members, pulling back the curtain to reveal their day to day workings.

This book is about travel, about society, about identity and attachment. It comprises leadership, tactics, coaching and scouting as well as politics, finance, fandom and culture. This is a broad investigation into Europe’s relationship with football and what nations can learn from one another, celebrating the uniqueness of football clubs around the continent and the culture of their nations, and exploring whether or not the methods they implement with success can be instilled in other domestic leagues.

Daniel Fieldsend is a UEFA qualified coach and scout, most recently of Liverpool Football Club. He has worked in the football industry for many years, following the completion of a BSc degree in Football Studies. Alongside his academy role, he has worked as the Liverpool FC researcher for the Football Manager series. As a writer, he was the founder and editor of leftwingsoccer.com and has featured in the Danish academic magazine Sport Executive. 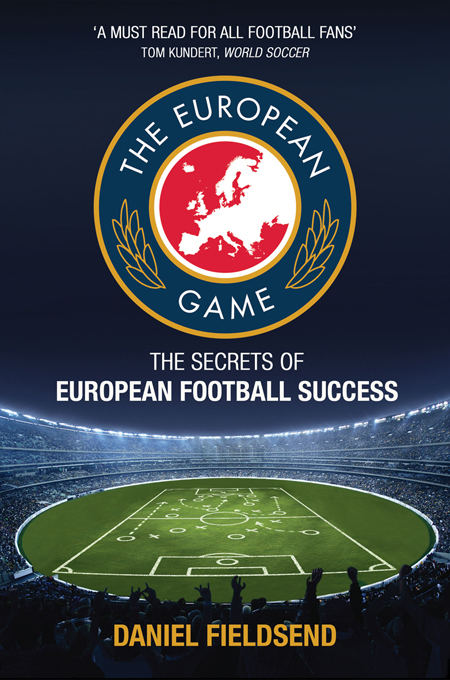