Biography of the most intriguing and celebrated of Highland priests

Early on a Sunday morning in October 1905, in Eriskay, one of the smallest and most isolated of Hebridean islands, a forty-five year old Catholic parish priest died of pleurisy. It was a disease which had claimed many of his parishioners, and Father Allan McDonald undoubtedly contracted it while ministering to his flock. He was mourned all over Scotland. Now, over a century later, his name is still remembered with reverence throughout Catholic Scotland and beyond. Father Allan – Maighstir Ailein to his Gaelic-speaking people – was a witty, accomplished, intellectual and dedicated man; one of the most renowned of Hebridean personalities and probably the most celebrated Hebridean priest since St Columba.

An exceptionally effective and articulate local politician in the southern Outer Hebrides, which at the turn of the twentieth century was amongst the poorest and most neglected in Europe, he was also an accomplished Gaelic poet and writer and one of Scotland’s greatest collectors of folklore. His achievements attracted attention and visitors came to his lonely parish from the United States, England and elsewhere. The compelling tale of his remarkable life is also implicitly the story of the north-west Highlands in the late nineteenth century and the Catholic Hebrides in their transcendent prime, where culture overflows with myth and adventure, colour, character and extraordinary unspoilt beauty. 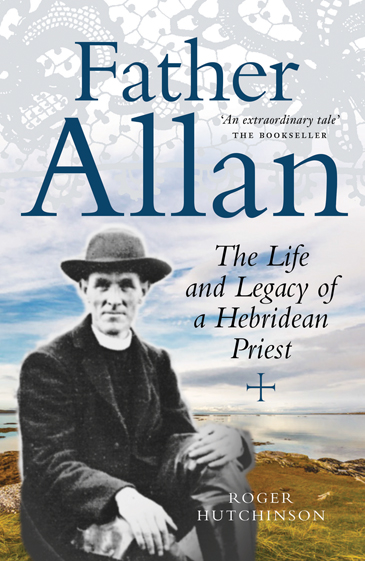