A reissue of this classic text, which is essential reading for anyone interested in Arthurian romance and Scottish literary history.

The story of Fergus of Galloway, who ruled south-west Scotland in the twelfth century, is little known and subject to debate. Possibly descended from a Norse-Celtic family, he married an illegitimate daughter of Henry I of England and may have known the future King David I of Scotland at the English court.

One source that may shed light on Fergus is a medieval romantic poem which tells the tale of a knight of King Arthur named Fergus, who may represent the historical lord of Galloway. It was written in Old French and this prevented its proper recognition as a part of Scottish literary heritage. In Fergus of Galloway, Guillaume le Clerc combines, in a unique Scottish setting, the classic themes and conventions of Arthurian romance with a highly individual tone of parody and witty comment.

Professor Owen’s introduction outlines the literary techniques employed in Fergus of Galloway and discusses the significance of Guillaume’s achievement in the context of other Arthurian romances. Detailed notes help the reader gain a closer understanding of the poet’s technique, and two appendices contain useful background information: a translation of the principal episodes in the Perceval Continuations used in Fergus of Galloway; and a new theory on the possible identity of Guillaume. 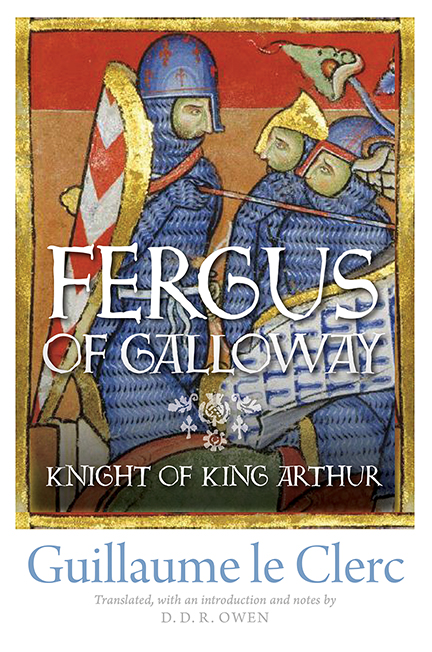