A dramatic retelling of the Doullens Conference (28 March 1918), the event which changed the course of the First World War.

On 21 March 1918 Germany initiated one of the most ferocious and offensives of the First World War. During the so-called Kaiserschlacht, German troops advanced on allied positions in a series of ferocious attacks which caused massive casualties, separated British and French forces and drove the British back towards the Channel ports.

Five days later, as the German advance continued, one of the most dramatic summits of the war took place in Doullens. The outcome was to have extraordinary consequences. For the first time an allied supreme commander – the French General Foch – was appointed to command all the allied armies, while the statesmen realized that unity of purpose rather than national interest was ultimately the key to success. Within a few months a policy of defence became one of offence, and paved the way for British success at Amiens and the series of unbroken British victories that led Germany to plea for armistice.

Victory in November 1918 was a matter for celebration; what was excised from history was how close Britain was to ignominious defeat just eight months earlier.

Walter Reid is the author of a number of acclaimed works on military and political history, with a focus on British imperial policy. He was educated at the universities of Oxford and Edinburgh. In tandem with his career as an historian, he and his wife farm in Argyll and grow olives in France. 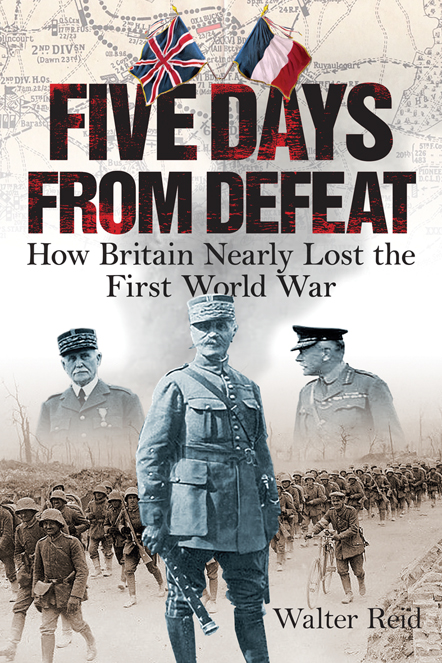