Hutcheson was a ‘new light’ of the Scottish Enlightenment, founder of the perceptual model of aesthetic taste

Francis Hutcheson (1694–1745) has traditionally been celebrated for his moral philosophy, which greatly influenced David Hume and other thinkers of the Enlightenment. But he was also the founder of modern philosophical aesthetics, the source of many of Adam Smith’s economic ideas (Smith was one of his students) and the major philosophical influence on eighteenth-century North America, especially on the abolitionist movement. For these reasons, British, American and European philosophers have reassessed his philosophy, and this volume provides a comprehensive and rounded collection of his essays on all aspects of his thinking.

Professor Robin Downie provides an analytical introduction to Hutcheson’s thought and locates it in the culture and chronology of Hutcheson’s life and times. 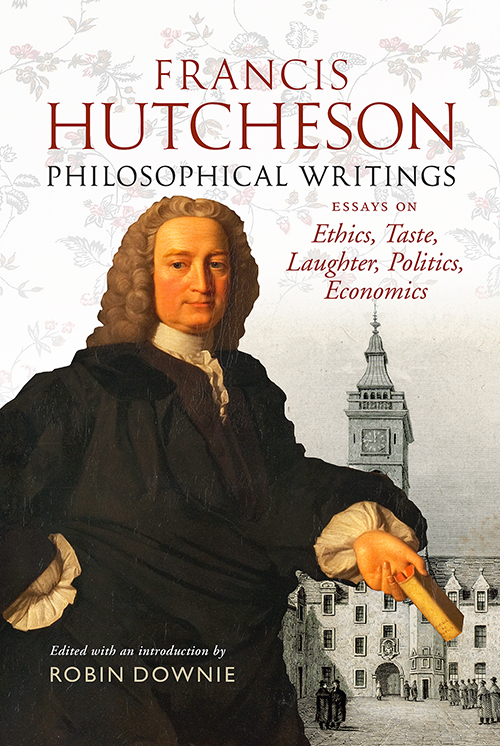