A Full Back Slower Than Your Average Prop

A Full Back Slower Than Your Average Prop

‘Ian Smith’s engaging memoir of his rugby career will delight readers who remember the amateur days with pleasure and nostalgia and astonish many too young to have had the good fortune to have known them’ – Allan Massie, Scotsman

Listed as one of the five worst international selections ever, and described in a book about Scottish rugby as ‘a full back slower than your average prop’, Ian Smith cheerfully won eight caps for Scotland in a career that saw him score every point for his team on his debut in an historic victory over South Africa (and in so doing became the first Scottish full back to score a Test try) and defeated a star-studded England team to lift the Calcutta Cup at Murrayfield in the 1970 Five Nations.

One of eight international full backs to have come out of Heriot’s FP, Smith also played for a dashing, innovative Edinburgh University side that revolutionised attacking back play. But this book is so much more than a story of a fleeting Test career. It is a window to another time, when a player could appear, as Smith did, for his club’s third XV and two weeks later make his international debut for his country. And then, eight Tests later, return to his club where he was only considered good enough to play for the second XV.

Full of warmth and charm and great humour, Smith reflects the pure joy – and at times agony – of playing rugby at any level, be it a casual run-around with a school or club’s fourth XV or appearing at the elite end of international competition

Ian Smith was born and brought up in Edinburgh where he was educated at Heriot’s and the University of Edinburgh before joining the army and later setting up his own dental practice. He played eight Tests for Scotland from 1969 to 1970. He lives in Norfolk. 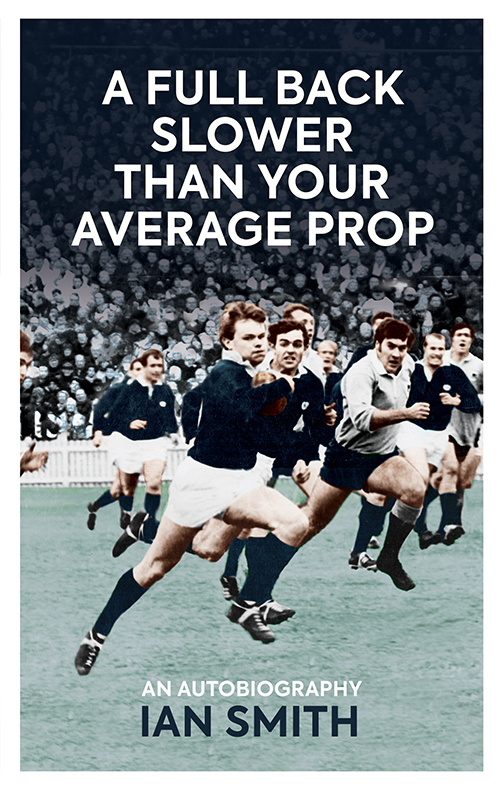