This classic nineteenth-century anthology is the largest and best-known collections of Gaelic proverbs in the world.

Designed for those interested in the lore and tradition of a language, spoken until comparatively recently across much of Scotland, this is a compendium of Gaelic sayings and usage. The book includes notes, historical and social, and comparisons with sayings in different languages. Alexander Nicolson, one of the best scholars of his day, has gathered together a wide-ranging collection covering such diverse topics as women and marriage, wise men and fools, friendship and courage, and poverty and wealth.

The proverbs appear in Gaelic along with the English translation, carefully preserving the pith of the original. These sayings, which as Nicolson remarks in his Preface, ’come from thatched cottages and not baronial and academic halls’, reflect keen intelligence and a distinct sense of humour. This is a comprehensive and important collection, with a foreword by Ian MacDonald of the Gaelic Books Council.

Alexander Nicolson was born on 27th September, 1827 in Husabost on the Isle of Skye. He acted as a commissioner in the Crofting Commission of 1883. Nicolson died on 13th January 1893 in Edinburgh. His book, originally called A Collection of Gaelic Proverbs and Familiar Phrases was published in 1881. 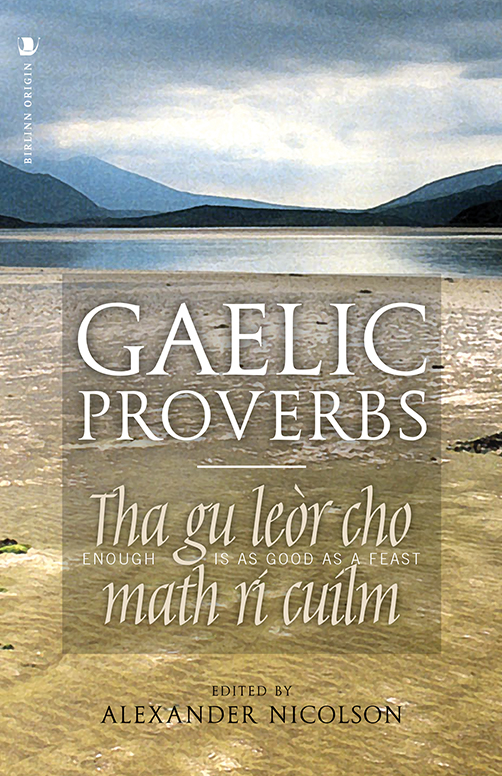