The Great Scuttle: The End of the German High Seas Fleet

The Great Scuttle: The End of the German High Seas Fleet

After the German surrender in November 1918, the German High Seas Fleet was interned at Scapa Flow in the Orkney Islands, the anchorage for the Royal Navy’s Grand Fleet throughout the First World War. Determined not to see his ships fall into the hands of the Allied Powers as the protracted peace negotiations at Versailles dragged on, the German commander, Admiral Von Reuter, decided to scuttle his fleet and secretly passed orders between his ships for their skeleton crews to open the seacocks on 21 June 1919. Most ships began to sink within hours, witnessed by a visiting group of school children suddenly caught up in an event of international importance.

More than fifty of the seventy-four German ships that had steamed into Scapa Flow were successfully scuttled and sunk, the remainder having been beached before they could sink. More than thirty of the sunken warships would later be raised but the others remain on the seabed, making Scapa Flow one of the world’s top diving destinations.

This book follows the events of that momentous day, drawing on the eyewitness accounts of those who saw the crisis unfold at first hand. The book makes extensive use of archive material, personal letters and contemporary photographs to bring alive the extraordinary events of that Midsummer’s Day in 1919. 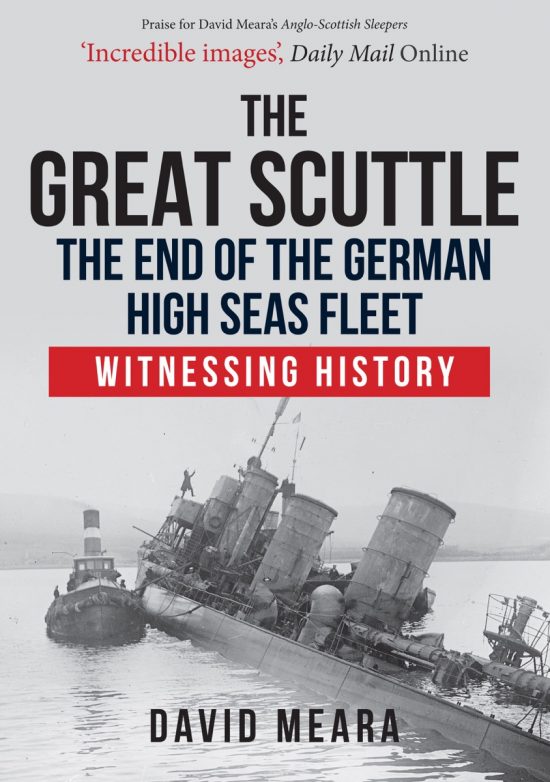