The Haldanes of Gleneagles

A Scottish History from the Twelfth Century to the Present Day

The Haldanes of Gleneagles

The story of one of Scotland’s oldest families, from whose estate in Perthshire the world-famous Gleneagles Hotel took its name.

66 in stock (can be backordered)

The Haldanes have been in Scotland for over 800 years, and their story illustrates many of the defining themes of Scotland’s history. Haldanes played significant roles in the Bruce war of independence, the political upheavals which accompanied the establishment of the Stewart dynasty, the religious struggles of the sixteenth and seventeenth centuries, the Darien Scheme and the Act of Union, the Jacobite rebellions, the development of the East India Company, and in the theological controversies of the nineteenth century. In the twentieth century, Haldanes are still to be found in the public eye with some influence on matters of national significance.

In this book, Neil Stacy follows the fortunes of the family, highlighting the extraordinary contribution they have made in so many areas as well as uncovering some of the more colourful episodes in the family’s history, such as long-buried secrets of romance in the teeth of parental opposition, a military career threatened by a youthful liaison with a blackmailing barmaid, and an attempt to run a temperance hotel in the western Highlands which ended in high farce.

Neil Stacy read History at Oxford (BA, 1962 and DPhil, 1970) and spent many years working in the theatre and TV before returning to historical research. He has produced books on the estates of the abbeys of Glastonbury and Shaftesbury, and contributed articles to scholarly journals and to the Oxford Dictionary of National Biography. His major work on the English baronage in the reign of Henry II is about to be published. 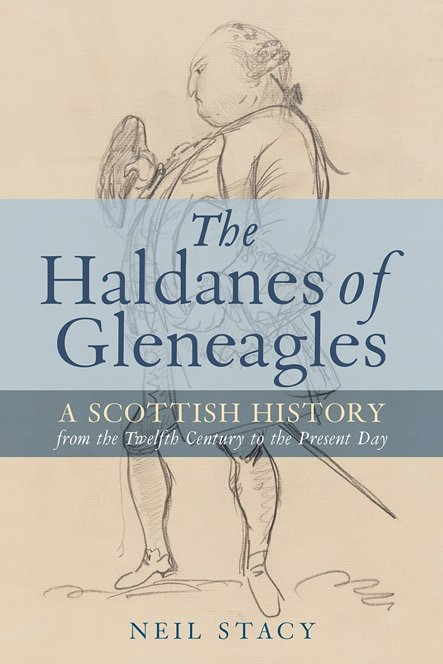