by Angus and Patricia Macdonald

The mutual influences of people and environment, and the recent history and current issues in this beautiful area of Scotland, are explored through a series of stunning aerial photographs.

‘A feast for both mind and eye,’ – Inverness Courier
The Hebrides of Scotland – around 500 diverse islands – form the north-western Atlantic fringe of Europe. This book surveys the cultural landscape of this dramatically beautiful, complex and conflicted area, with emphasis on what may be interpreted through aerial photography.
Mobile maritime cultures flourished throughout the Hebrides from prehistoric times, including Mesolithic builders of wheelhouses, coracle-borne monastic travellers, Norse in longships and Lords of the Isles in birlinns. A prominent feature of the recent history of the Hebrides has been depopulation. The history and heartbreak of this phenomenon, experienced in differing degrees in rural areas throughout Europe from the mid-18th century, is clearly shown in aerial photographs and discussed by co-authors Angus and Patricia Macdonald. Today’s Hebridean landscapes have been heavily modified by various forms of human land use; current land-management options and controversies are also explored in the context of photographs that draw attention to the various issues involved.

Angus and Patricia Macdonald have collaborated for over twenty years on the record and interpretation of the history and current state of the environment and of cultural landscapes, using aerial photography as the main tool. Their partnership, Aerographica, works from a sound basis of research and maintains a substantial archive of relevant aerial images. They are the authors, jointly or singly, of ten books, five of which are based on aerial photography. Angus and Patricia Macdonald and their Aerographica partnership are based in Edinburgh and East Lothian. 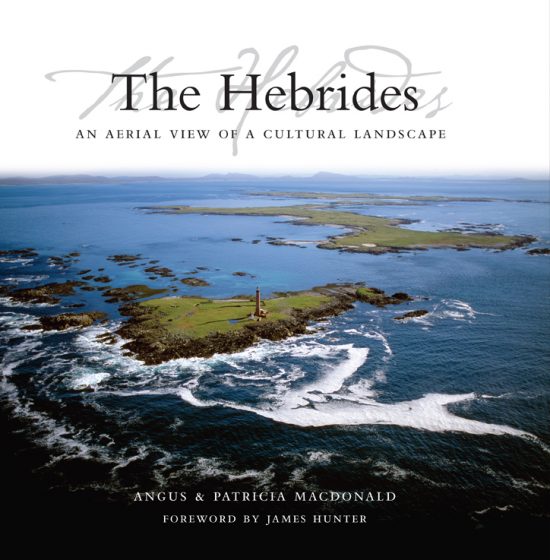