Highland Herald : Reporting the News from the North

Highland Herald : Reporting the News from the North

The memoirs of a veteran journalist who covered the Highlands of Scotland for The Herald for 30 years.

Long-Listed for the Highland Book Prize 2019

From 1988 to 2017 David Ross was the Highland Correspondent of The Herald. His patch stretched from the Mull of Kintyre in the south to the Shetland island of Unst in the north; and from St Kilda, in the West, to the whisky country of Speyside in the east. From his home on the Black Isle he covered all the big stories, from the fight against a nuclear waste dump in Caithness to plans to remove half a mountain on the island of Harris. He helped the first community land buyout in modern times in Assynt, covered in depth the anti-toll campaign on the Skye Bridge, the efforts to save Gaelic and protect ferry services.

In Highland Herald he reflects on the important issues which affected the Highlands and Islands during his time. He tells how his late father-in- law, the Gaelic poet Sorley MacLean, helped him. He had never written in depth about Sorley when he was alive, as it would have been ‘excruciatingly embarrassing for both of us’, but does so now.

David Ross was brought up in Blairgowrie, Perthshire and North Connel, Argyll. After studying history at Edinburgh University and training to be a teacher, he entered the world of journalism, where he worked for his whole professional life. In February 2017 he won the Barron Trophy in recognition for his lifetime achievement in journalism in the Highlands and Islands. 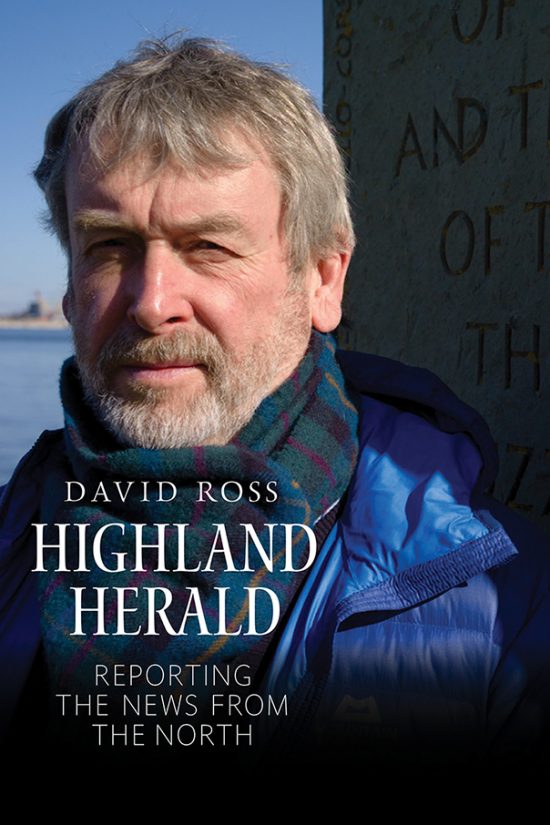