In this unsentimental yet exquisitely written book, Margaret Leigh recounts a year of farming life on Achnabo farm.

57 in stock (can be backordered)

‘No one has ever realised better the glories of this wilderness of land and water . . . a book of rare quality’ – Scotsman

‘The best book that has been written about the West Highlands . . . it has the enthralled quality of a fairy story’ – Glasgow Herald

In May 1933 Margaret Leigh took over the tenancy of Achnabo farm, in a beautiful corner of the West Highlands overlooking the isle of Skye.

In this unsentimental yet exquisitely written book, she recounts a year of farming life there, from the burning of the land and ploughing in March, through planting and sowing in April to haymaking and harvesting in September. Incidental details – such as a visit to the smithy, the arrival of some new bulls and the annual journey of the cows to the summer shielings – provide fascinating insights into farming life. Local characters and customs feature too, adding another rich dimension to this reflective and poignant memoir of a world now vanished forever.

Margaret Leigh was the author of Driftwood and Tangle, Spade Among the Rushes, Highland Homespun, Harvest of the Moor and My Kingdom for a Horse. She was born in London in 1894, the cousin of novelist Dorothy L. Sayers and the daughter of an Oxford don. Her childhood was spent wandering Europe and beyond for her father’s health, and following his death she became a governess, teacher and university lecturer. In what would become a life-long habit, Margaret changed tack dramatically and turned to agriculture to support herself and her mother, studying the subject and working farms and crofts, most notably in the north west of Scotland. She died in 1973. 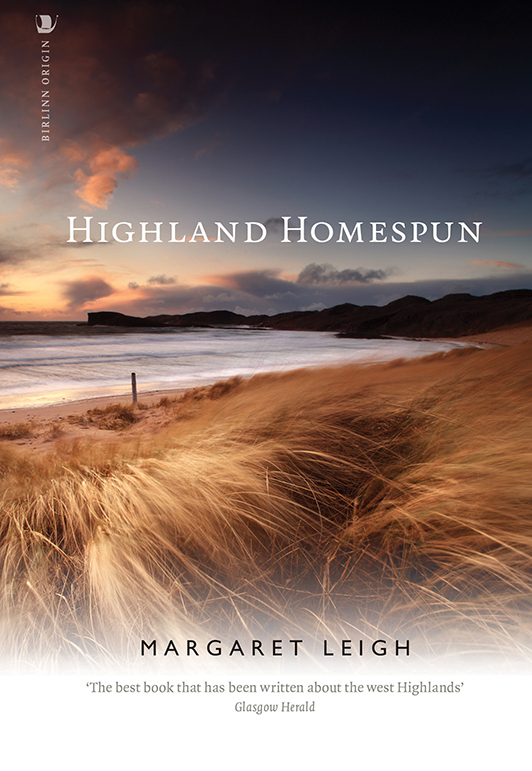