A tale from one of Scotland’s best known storytellers

Duncan Williamson was the son, grandson and great grandson of nomadic tinsmiths, basket makers, pipers and storytellers. In this book, he describes his life as a traveller with verve, candour and intimacy, recounting a childhood spent on the shores of Loch Fyne, work on the small hill farms in the summer, walking with barrows and prams and later with horse and cart, the length and breadth of Scotland. He recalls camping with hundreds of traveller families from the 1940s to the 1960s, his marriage to his cousin, Jeanie Townsley, and all the various traditional skills and arts which must be perfected for a man to maintain his family adequately.

The Horsieman is the story of traditions long vanished – of traveller trades, of building tents, of routes travelled and traditional camping sites, of stories, songs, music and cures which have been the heritage and tradition of travelling people in Scotland through the ages. Set mainly in Argyll, Tayside and all stations in between, Duncan Williamson’s story is told with great warmth and humour and in the inimitable style of one Scotland’s master storytellers.

Duncan Williamson was one of the last, best-known of Scotland’s traveler storytellers. His autobiography tells for the first time his own story of his life as a traveler, hawking his wares, collecting stories, and traveling through Scotland. He died in November 2007. 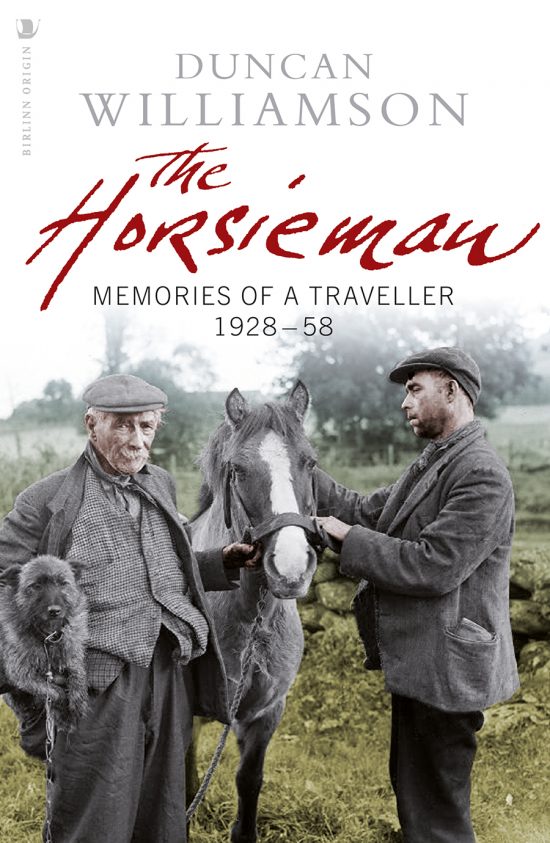