by Christopher A Whatley

‘An invaluable and subtle guide to the posthumous life of Burns. It is not an unproblematic story, and Whatley tells it with panache and rigour. It is detailed without being pedantic, judicious without being judgmental and broad-sighted without being platitudinous’ – Stuart Kelly, Scotland on Sunday

‘A fine piece of scholarship. This is an intriguing and valuable story of the memorialisation of Scotland’s bard’ – Sunday Herald

Robert Burns was by far and away the most iconic figure in nineteenth-century Scotland. Multiple editions of his works poured incessantly from the presses. Unprecedentedly large crowds gathered to commemorate him at huge festivals and at the unveiling of memorials. His work was at the heart of the palpable rise of Scottishness that swept Scotland from the 1840s through to the First World War, including demands for Home Rule. If Walter Scott imagined Scotland, Burns shaped it. He gave ordinary Scots in what had been one of the most socially uneven societies in Europe a sense of self-worth and dignity, and underpinned demands for political and social justice.

In this major new book, Christopher Whatley describes the several contests there were to ‘own’ – and mould – Burns, from Tories through Radicals to middle-class urban improvers. But the Kirk condemned Burns as the Antichrist, deplored the Burns cult (‘Burnomania’) – a slur on a nation that prided itself on its strict Presbyterian inheritance. The result is a fascinating picture of the role Burns played after his death in shaping multiple facets of Scottish society.

Christopher Whatley is Professor of Scottish History at Dundee University. He has published widely, and his books include The Scots and the Union (EUP). 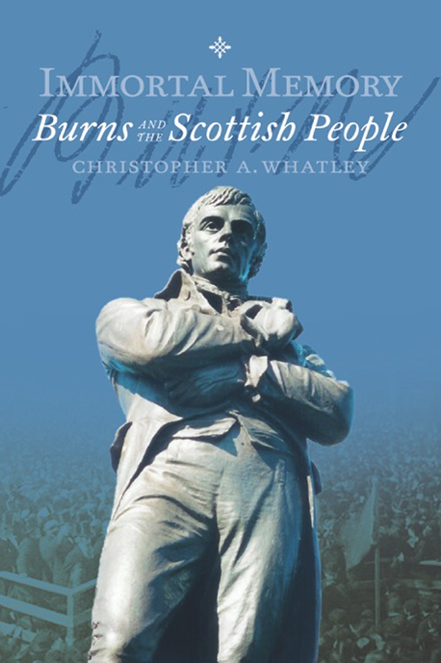