‘The Inheritance shows Kalayil capable of adeptly spinning a complex web of themes which enrich the story. A delicately written, optimistic and very involving novel’ – Herald

‘Evok[es] a strong sense of place and gives a compelling insight into what it means to be rootless. A highly enjoyable read’ – Yorkshire Post

‘Kalayil is skilled at evoking a strong sense of place and gives a compelling insight, too, into what it means to be rootless, with characters torn between the culture of their parents and that of the society in which they grew up. A highly enjoyable read’ – The Scotsman

Ben Martin is charming and successful: an academic who has raised money for children’s charities and worked with women’s agencies in sub- Saharan Africa, a devoted husband. But when his brother Francois, an artist based in Lisbon, finds out about Ben’s affair with a student, Rita Kalungal, he finds himself feeling responsible both for his brother’s actions as well as Rita; and Rita begins to realise that her involvement with Ben has far-reaching consequences on herself and her family, and others.

Sheena Kalayil was born in Zambia in 1970 where her parents were teachers seconded from Kerala, India. She arrived in the UK aged eighteen and, after graduating, worked all over the world. She has a doctorate in Linguistics and teaches at the University of Manchester. She lives near Manchester with her husband and two daughters. Her first novel, The Bureau of Second Chances, won the Writers’ Guild Best First Novel Award in 2017.

Goodreads reviews for The Inheritance 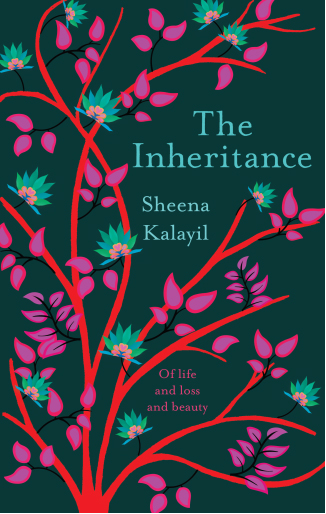