Focusing on North Mull (north of Glen More, but excluding Craignure, Torosay and Brolas), this book is a wonderful anthology of the tales and traditions of Mull in the words of those who tell of them.

‘There was an old custom at Treshnish Point. There is a high, steep cliff going down to the sea and there is a corrie there – Corrie Bhrochain (’porridge cauldron’), they used to call it – and in olden days, you know, many of them were collecting seaweed as a fertiliser, and they were doing this in honour of Mana, god of the sea . . .’ – Peter MacLean, Dervaig

The subjects throughout this book are timeless – local belief and superstition, pastimes, work, health and cures, tales and proverbs. They are taken from a wide range of sources and periods, from Martin Martin in the seventeenth century to writing which dates from the end of the Second World War, a time which saw much change in Gaelic society as a whole. The material covers traditions and accounts of a very practical and often harsh existence, variations on tales which are more obscure as well as those that are well known. The stories illustrate the sharpness of phrase, shrewdness of observation and humour, characteristic of the Highlands and Islands in the west. This book is a celebration of a people who are often excluded from the standard historical accounts of the clans and Highlands, but who have endured much and safeguarded an important heritage.

Ann MacKenzie was born in Argyll but has strong family connections to Mull, Ulva (where her father was brought up) and Lewis. After studying in Edinburgh, where she was involved in museum, photographic archive work and research, she returned to Mull to work on the Muile air Mheamhair oral history project. She is currently gathering material on the natural world in the traditions of the Highlands and Islands. Her father wrote As it Was – a best-selling account of his upbringing on Ulva. 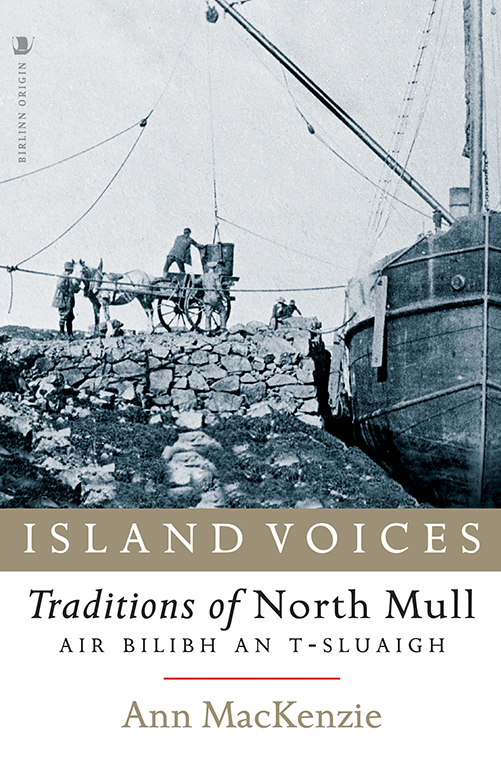