It Takes One to Know One

It Takes One to Know One

88 in stock (can be backordered)

‘You know that annoying expression "You had me at hello"? Well, that’s a bit how I’d sum up the effect bestselling author Isla Dewar’s latest book had on me. From the opening chapter, intriguingly called It Never Just Drizzles in Hollywood, I was hooked, immediately attracted to the three main protagonists Sophie, Martha and Charlie’ – Dundee Courier

'A story with as much heart as drama, and though there are plenty of puzzles for the characters to solve, it is kindness rather than cleverness that leads to solutions in the end' – West Coast Review

'I completely adored this offbeat book, set in Seventies Edinburgh … a wonderful, funny novel full of insight in which kindness and love take centre stage – but with absolutely none of the mushiness that implies' – Daily Mail

Charlie Gavin was abducted as a baby. He didn’t know who he was or where he came from. His mission was to find himself. And when he did, he decided to spend his life finding other lost souls by opening the Be Kindly Missing Persons Bureau.

Martha Walters, his assistant, has had her fifteen minutes of almost fame and failed. Now, dealing with her guilt and pain, she lives with her mum and dotes on her young daughter. Charlie appears to be a man who is a loser and dreamer, but, hey, his office is near her house, she can lie in of a morning, take her kid to school and the work isn’t too heart-breaking. Or is it . . . ?

Isla Dewar’s first book, Keeping Up with Magda, was published in 1995. Dewar found success with her second novel, Women Talking Dirty; the film of which starred Helena Bonham Carter. She contributed to the collection Scottish Girls about Town and has also written for children. Her most recent novel is A Winter Bride, set in Edinburgh in the 1950s. Born in Edinburgh, Isla lives in the East Neuk of Fife with her husband, political cartoonist Bob Dewar.

Goodreads reviews for It Takes One To Know One 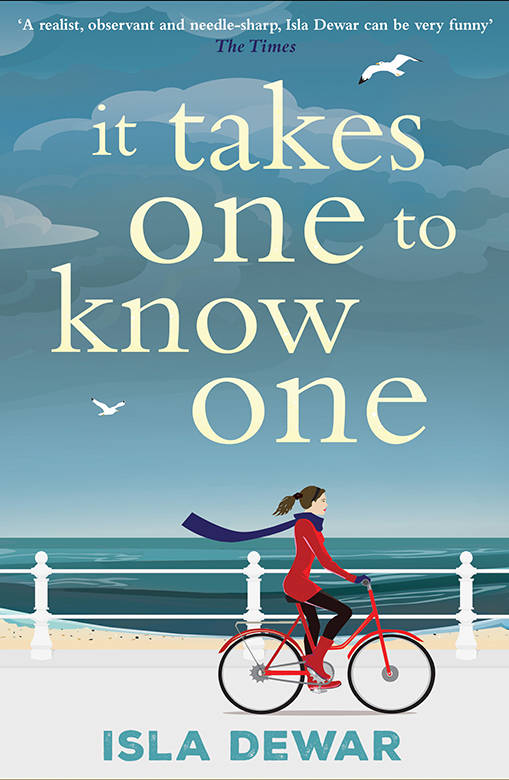