This compelling biography untangles the truth from the mythology surrounding this determined and extraordinary man.

‘an admirable new biography … a remarkable study, illuminating both a character and an age’ — Antonia Fraser on Mary of Guise

‘Dr Marshall … uses exactly the right mixture of flowing, readable narrative … to breathe life into the historical dust’ — Jack Firth on Bonnie Prince Charlie
In this best-selling biography of John Knox, Rosalind K. Marshall traces the life of one of the Reformations’ central characters. Following his career in Scotland, England, France, Switzerland and Germany, she explains in straightforward terms the issues and beliefs which concerned him so deeply. She also focuses on his relationship with the opposite sex, discussing the notorious First Blast of the Trumpet against the Monstrous Regiment of Women, his dealings with Mary, Queen of Scots and the patient, revealing letters he wrote his mother-in-law.
This book untangles truth from mythology in the life of this strange, complex and determined man and constructs a balanced picture of sixteenth century Scotland that places Knox clearly within the context of change and reformation which was sweeping the whole of Europe. The result is a richer and more complex portrayal of both Scotland and Knox than any hitherto available, and the first modern paperback of one of the most famous of all Scottish figures.
Dr Rosalind K. Marshall is the author of numerous books and articles, including biographies of Mary, Queen of Scots, Elizabeth I, Henrietta Maria and Bonnie Price Charlie. She is a fellow of the Royal Society of Literature. 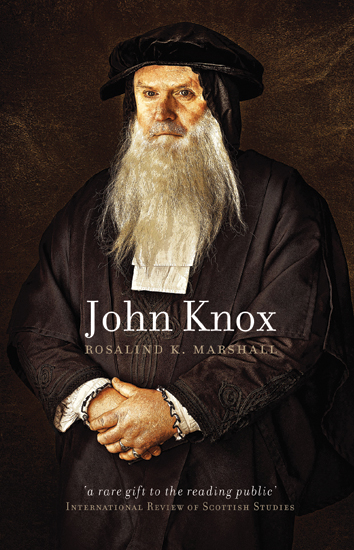