A book for anyone with an interest in the East Neuk of Fife, this is a history of the parish and burgh of Kilrenny from the twelfth century to the present day.

A book for anyone with an interest in the East Neuk of Fife, this is a history of the parish and burgh of Kilrenny from the twelfth century to the present day. Particular attention is given to the fishing village of Cellardyke, which developed in the sixteenth century as Kilrenny’s port or ’seatoun’. In its heyday Cellardyke was one of the major fishing ports on the east coast of Scotland and even today, many years after amalgamating with its neighbour Anstruther, the village retains much of its former character and individuality.

Fishermen, smugglers and press-gangs figure largely in this colourful account, in which historical facts culled from an impressive variety of original sources are intermingled with anecdotes, oral tradition and tales of tragedy at sea. This book combines information and entertainment in equal measure. In its pages are to be found witchcraft and warfare, Jacobite uprisings and political skulduggery, superstition and science. Here too are stories of such notable personalities as Cardinal Beaton, the Rev. James Melville, Captain Alexander Rodger, pioneer of the China tea-clipper trade, and Sir William Watson Hughes, once the richest man in Australia. The text is illustrated throughout with a wealth of fascinating historic photographs, which bring the past of these unique Fife towns to life.

Harry D. Watson was born in 1946 in Crail, Fife, and grew up in neighbouring Cellardyke in the parish of Kilrenny, the subject of his book Kilrenny and Cellardyke: 800 Years of History (1986). He has also written a literary biography of his distant relative, the Anstruther-born poet and scholar William Tennant, as well as numerous articles on local and family history. Educated at Edinburgh University and Moray House College of Education, he is also a graduate in Scandinavian Studies of University College London, and is an active literary translator from the Scandinavian languages, especially Swedish. After teaching English and EFL for nine years in Sweden, Germany, England and Scotland, he became an assistant editor of the Dictionary of the Older Scottish Tongue at Edinburgh University, retiring in 2001 as director and senior editor. He is married with two sons and lives in Edinburgh. 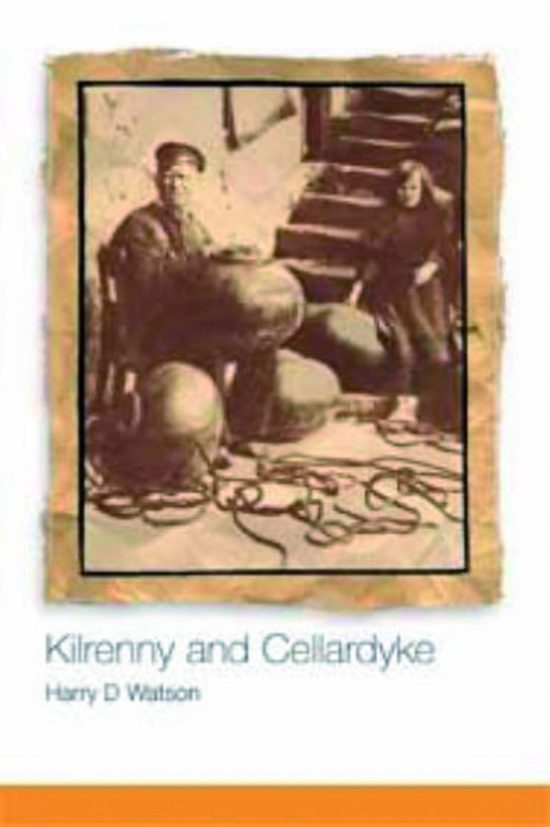