Kinross-shire : A Century of Stories

Kinross-shire : A Century of Stories

This work attempts to breathe life into a now close to forgotten period of Scottish life before the effects of centralisation came into force. The stories contained within draw on the recollections of over thirty inhabitants from the Kinross-shire area.

14 in stock (can be backordered)

The book describes a golden time in Scotland before many of the twentieth-century changes had taken full effect. It is based on the recollections of over thirty inhabitants of Kinross-shire: from the farmer who oversaw the introduction of tractors to the widow and daughter of a shepherd; from the motherless girl boarded out whilst her father served in the Great War to the daughter of a lawyer; from the local boy who made good abroad to the apprentice butcher who owned his own shops; from the local laird to the coal miner travelling to Kelty to work the early shift. There are chapters on life in Kinross, Milnathort and the countryside before centralisation; shops before supermarkets; medicine before the health service; work and play when it was mostly locally based; and education when tables were still chanted and the ‘strap’ held sway.

Interspersed with these reminiscences are excerpts from the Kinross-shire Advertiser, affectionately known as the ‘two minutes silence’. The book should be of interest to present and former inhabitants of Kinross-shire and also others interested in the lost lifestyle portrayed, which reflects that of many small towns and rural areas of Scotland.

Margaret Cuthbert comes from a family who have lived in Kinross-shire since at least the eighteenth century. She was educated at Kinross School and Dollar Academy, and graduated in history from Edinburgh University. With her husband Jim she moved to England to set up Canvas Holidays. After returning to Scotland on their retirement, she began studying oral history, from which this book project emerged. She has four children and eleven grandchildren. 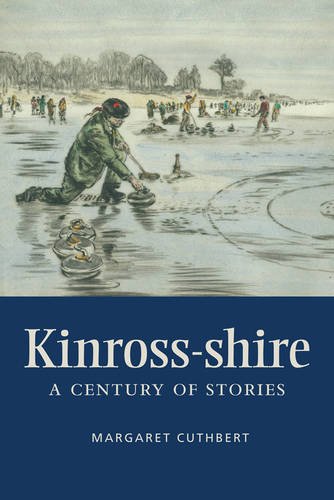