‘Jim Crumley’s task is to persuade the human beings of the Highlands that all of our lives would be richer in the presence of wolves. It is, as he acknowledges, a difficult task. If everybody in Scotland was to read The Last Wolf it would become immeasurably easier’ – Roger Hutchinson

In 1743, according to legend, the last wolf in Scotland was killed by a huntsman near Inverness. At the time the extinction of wolves in Scotland was celebrated. But since then deer have multiplied in the Highlands, destroying the vegetation on which an array of wildlife depends and creating a barren, treeless landscape.

Gradually it has become clear that the entire eco-system has been thrown out of balance by the elimination of a top predator. Now there are calls for a limited reintroduction of wolves into Scotland as a way of healing the damaged land.

The wolf has been the victim of black propaganda since ancient times. By tellers of folk tales and historians alike it has been described as a slayer of babies, a robber of graves, a devourer of battlefield dead. In this passionate polemic, Jim Crumley argues that these stories are pure fiction, a distortion of reality which prevents people from thinking rationally about the huge benefits the presence of wolves could bring to Scotland. Now is the time for myths to be dispelled, and for the wolf to return to its old home in the highlands.

Jim Crumley is a Scottish nature writer whose contribution to the literature of the land – now amounting to more than thirty books – has attracted many accolades throughout the British media and in North America. He is a passionate advocate of species reintroductions, especially of wolf and beaver, the widespread restoration and expansion of native habitats, and a radical reappraisal of the relationship between the people of Scotland and the land. He is also a columnist in the Scots Magazine and The Courier, both based in his home town of Dundee. He now lives in Stirling. 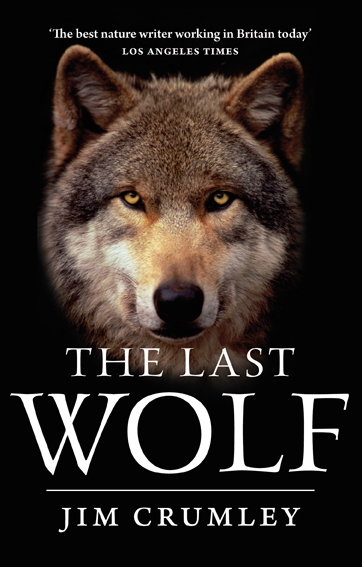