Lewis in History and Legend: The East Coast

Lewis in History and Legend: The East Coast

‘Frank and witty commentary balance his meticulous scholarly research. Overall, this diligent and careful account of Lewis’s development is a must-read for anyone interested in the island’s history and people’ – Scottish Field

A beautifully rendered portrait of the social and cultural history of the Isle of Lewis, from its early inhabitants to its modern day residents.

The Isle of Lewis, the largest and most populous of the islands of the Outer Hebrides, has had an eventful history which stretches back thousands of years. In this eagerly awaited second volume of Lewis in History and Legend, Bill Lawson deals with the townships of the east coast of the island, from Tolsta in the north to the boundary with Harris in the south, and with Stornoway, the commercial and administrative capital of the island.

In his own inimitable style, he traces the story of the island from earliest times to the present day, describing the landscape and the physical remains of the past. More importantly, however, he excels in charting the history of the people themselves, weaving his way through the centuries with stories drawn from documented sources, oral tradition, Gaelic song and from his own experiences of many years travelling around the island and researching the history of its families.

The result is a unique insight in to the way of life and history of an island.

Bill Lawson founded the genealogy centre Co Leis Thus? And is genealogical consultant to Northton Heritage Trust, which now runs this research service. He has written over fifty books on the genealogies and history of the western Isles. He regularly researches and lectures in North America and Australia. He lives in Northton, Harris. 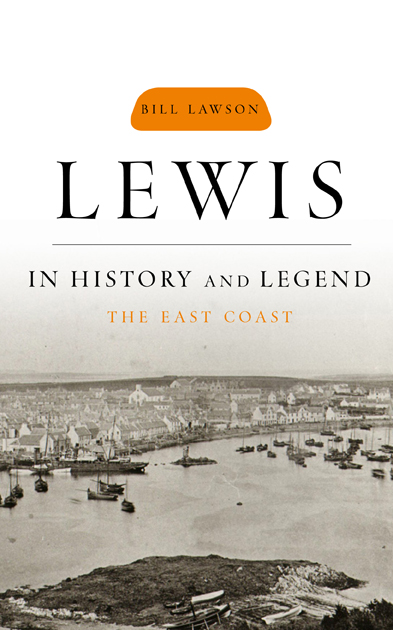