69 in stock (can be backordered)

Lochaber is a sparsely-populated area, remote but romantic, centred on Fort William. It contains no mediaeval burgh, no major monastic site, and for its size, not even many castles. However, it does include the highest mountain in Great Britain (Ben Nevis, 4406 ft, the deepest lake in Western Europe (Loch Morar) and the most westerly point of the British mainland (Ardnamurchan Point). Daniel Defoe described it as a ‘mountainous barren and frightful country . . . full of hideous desert mountains and unpassable’. Much of the land surface is mountain or bog, and its coastline is indented by long sea lochs, while the interior contains some very large fresh water lochs, the longest of which are Loch Shiel, at 17 ½ miles, and Loch Arkaig at 12 miles.

The name Lochaber first appears in Adamnan’s Life of St Columba (written c.690). It probably refers either to the top of Loch Linnhe, or to a possible loch, later a bog, east of Banavie. Much of the scattered population of Lochaber has always lived close to its long and sheltered coastline, and until the last 200 years most communication was by water. One local minister in the 1790s claimed, probably correctly, that Tahiti and other Pacific islands were better surveyed than parts of the west coast of Scotland. Only a few intrepid travellers came here before the nineteenth century, when roads, steamboats and then the railway rapidly opened up the area to tourism. Attempts to introduce new industries during the twentieth century had mixed success, but the population, having declined for almost two centuries, has now stabilised. Perhaps a better understanding and de-mythologising of the past may help to develop a sustainable economy for the future.

Paula Martin was educated at Bristol, Oxford and Dundee Universities. She has worked in Mull and Lochaber as an archaeologist. She lives in Fife. 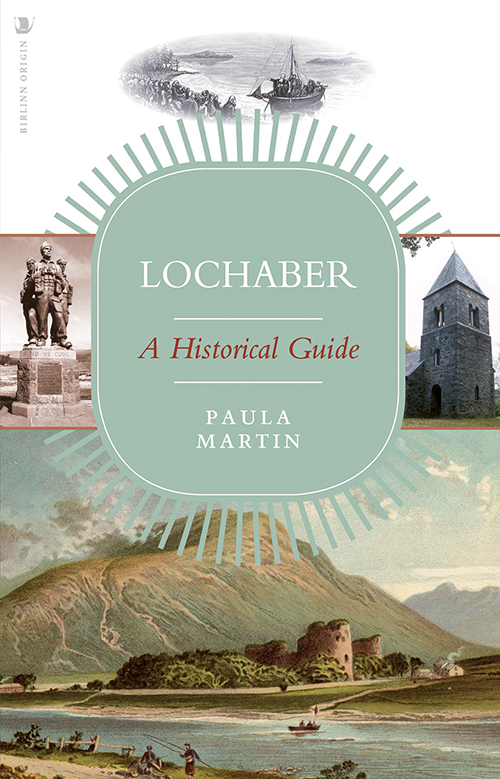