In Lost Aberdeen Diane Morgan writes with the same fresh approach to local history that blends careful scholarship with high readability, and authority with humour that has made her ‘Villages of Aberdeen’ so successful a series.

The initial chapters are an odyssey through the early town, from the Green to the Gallowgate, charting the disappearance of the irreplaceable medieval townscape. Moving on to more modern times she traces the evolution and gradual erosion of the Granite City, whose stylish yet restrained architecture once brought visitors from all over the world to see an Aberdeen which they recognised and valued as a unique city. She writes of George Street, originally planned as ‘an elegant entrance to the city’ and of Union Street, a marvel of early nineteenth century engineering with stunning symmetry, elegant terracing and memorable shops.

There is also a requiem for Archibald Simpson’s splendid New Market and the sadly missed Northern Co-operative Society Arcade. The final part of Lost Aberdeen recalls vanished mansions, and lost clachans, victims of the city’s march westwards. Long gone industrial archaeology is also revisited, the railway stations, mills, shipyards, seafront, tollhouses and boathouse, which slipped away as if they never had existed.

Diane Morgan, an Aberdonian born and bred, taught law, freelanced for national and local media and in 1974 founded Aberdeen’s quality monthly, Leopard Magazine. She is a burgess of Aberdeen and a Fellow of the Society of Antiquaries of Scotland. In appreciation of her work in raising awareness of the city’s cultural and environmental heritage, she has, uniquely, twice received the personal award of Aberdeen Civic Society. She still lives in the city with her husband, a former regional chairman of the Employment Tribunals (Scotland). 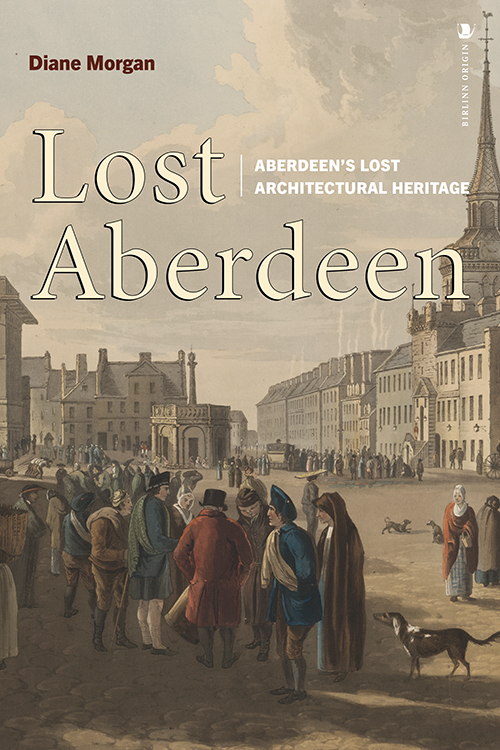