An illustrated study of Perthshire’s forgotten buildings and landmarks

22 in stock (can be backordered)

In Lost Perthshire, Ann Lindsay takes us on a fascinating journey through the lost architectural, geographical, industrial, and archaeological heritage of Perthshire.

Perthshire has been the centre to a wide range of industries that flourished and then disappeared, including printing, book binding, boat building, salmon curing, textiles, many small whisky distilleries, and newspapers. All of these were fed by a network of mountain passes, drove roads, military roads and bridges, ferries, a flourishing harbour, massive rail junction and a wartime aerodrome which have also vanished. Beyond this, Ann Lindsay examines how Perthshire’s boundaries have moved over the last two centuries, with much of the original Perthshire now ‘lost’ due to its incorporation into different counties. Boglands have been drained, glens have been flooded for Hydro electric dams, forests have been planted, rivers diverted, and many upland villages, farms and settlements have vanished while other previously sparsely populated areas now densely covered with buildings.

In this fascinating yet poignant study, Ann Lindsay introduces the many varied aspects of lost Perthshire, showing how ancient and even relatively modern Perthshire landscapes – from stone circles, Roman ditches, and Pictish remains to the Bridge of Earn hospital – have changed so dramatically, often with little thought for conservation or preservation.

Ann Lindsay was brought up in rural Aberdeenshire. She has written a number of books, including Mystical Scotland, Seeds of Blood and Beauty, The Dried Flower Garden and Hidden Scotland. She lives near Dunkeld, Perthshire. 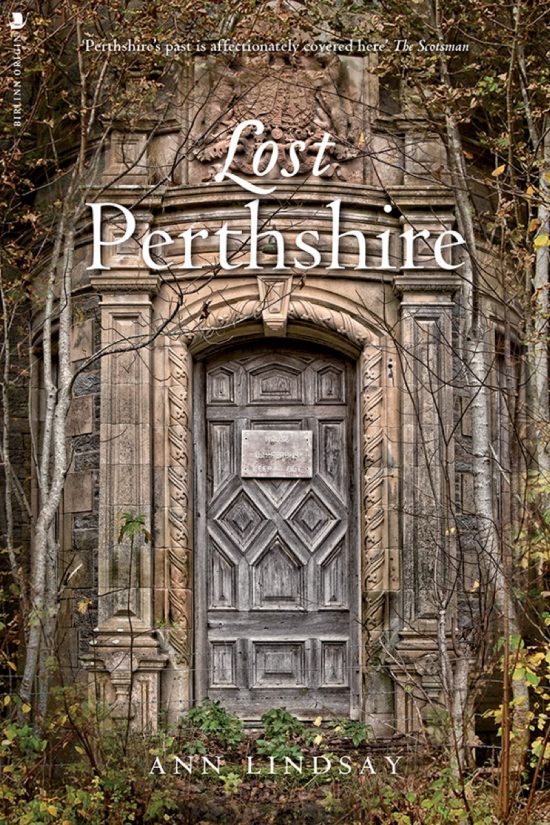