Of the wide range and diversity of British products that are now household names, both at home and abroad, the Scots can take pride in the fact that many of them began in Scotland. When people first spread Robertson’s Golden Shred Marmalade on their toast, it was by courtesy of a Paisley man, James Robertson. How would the housewife have thickened her sauce without cornflour, first produced in Paisley by Brown & Polson in 1854? Pringle of Hawick gave the world the first knitted twin-set; J & P Coats of Paisley, whose origins go back to 1830, grew into the largest thread manufacturer in the world, and the UK’s number one comic, The Beano, was born in Dundee.

This new edition of Made in Scotland features the stories behind a wide number of the best-known household names that originated in Scotland.

Carol Foreman is the author of Glasgow Street Names, Hidden Glasgow, Lost Glasgow and Glasgow from the Air. She is a noted local historian and lives and works in Glasgow. 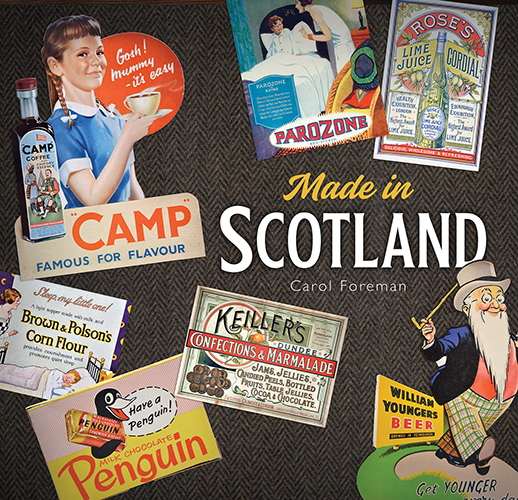