The Makers of Scotland: Picts, Romans, Gaels and Vikings

The Makers of Scotland: Picts, Romans, Gaels and Vikings

A thousand years of history – from the brochs to Macbeth.

‘An approachable introduction to the written sources of early medieval Scotland and the constantly changing kingships and allegiances of the period’ – Elizabeth Pierce, Scottish Archaeological Journal

During the first millennium AD the most northerly part of Britain evolved into the country known today as Scotland. The transition was a long process of social and political change driven by the ambitions of powerful warlords. At first these men were tribal chiefs, Roman generals or rulers of small kingdoms. Later, after the Romans departed, the initiative was seized by dynamic warrior-kings who campaigned far beyond their own borders. Armies of Picts, Scots, Vikings, Britons and Anglo-Saxons fought each other for supremacy. From Lothian to Orkney, from Fife to the Isle of Skye, fierce battles were won and lost. By AD 1000 the political situation had changed for ever. Led by a dynasty of Gaelic-speaking kings the Picts and Scots began to forge a single, unified nation which transcended past enmities.

Tim Clarkson worked in academic librarianship before setting up a business with his wife. He gained an MPhil in archaeology and a PhD in medieval history from the University of Manchester and has written a number of acclaimed history books. He is author of The Men of the North (2010), The Picts (2010), Columba (2012), The Makers of Scotland (2013), Strathclyde and the Anglo-Saxons (2014) and Scotland’s Merlin (2016). 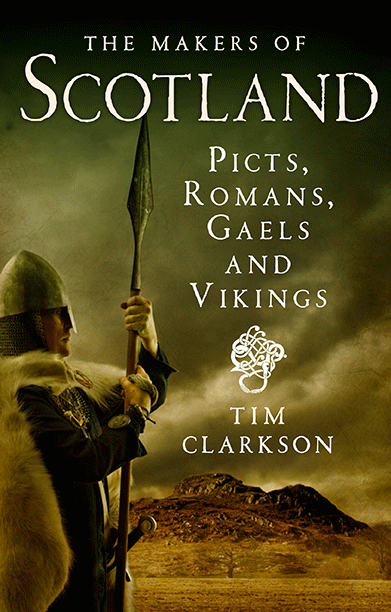