Mary Stuart, Queen of Scots, has long been portrayed as one of history’s romantically tragic figures. Devious, naïve, beautiful and sexually voracious, often highly principled, she secured the Scottish throne and bolstered the position of the Catholic Church in Scotland. Her plotting, including probable involvement in the murder of her husband Lord Darnley, led to her flight from Scotland and imprisonment by her equally ambitious cousin and fellow queen, Elizabeth of England. Yet when Elizabeth ordered Mary’s execution in 1587 it was an act of exasperated frustration rather than political wrath.

Unlike biographies of Mary predating this work, this masterly study set out to show Mary as she really was – not a romantic heroine, but the ruler of a European kingdom with far greater economic and political importance than its size or location would indicate. Wormald also showed that Mary’s downfall was not simply because of the ‘crisis years’ of 1565–7, but because of her way of dealing, or failing to deal, with the problems facing her as a renaissance monarch. She was tragic because she was born to supreme power but was wholly incapable of coping with its responsibilities. Her extraordinary story has become one of the most colourful and emotionally searing tales of western history, and it is here fully reconsidered by a leading specialist of the period. Jenny Wormald’s beautifully written biography will appeal to students and general readers alike.

Jenny Wormald was one of the most influential Scottish historians of her generation. She taught history at Glasgow University for 20 years, and was then appointed to a fellowship in Modern History at St Hilda’s College, Oxford, for a further 20 years. After retirement to Edinburgh she became an Honorary Fellow in Scottish History at the University of Edinburgh and an Honorary Fellow of the Royal Society of Antiquaries of Scotland. She wrote a number of significant books and articles, including Court, Kirk and Community: Scotland 1470–1625 (1981), ‘James VI and I: Two Kings or One?’ (1983) and ‘Gunpowder, Treason and Scots’ (1985).

Anna Groundwater is a cultural and social historian of early modern Scotland, and Britain, in which she lectures at the University of Edinburgh. She is a Fellow of the Royal Historical Society, and of the Society of Antiquaries of Scotland. 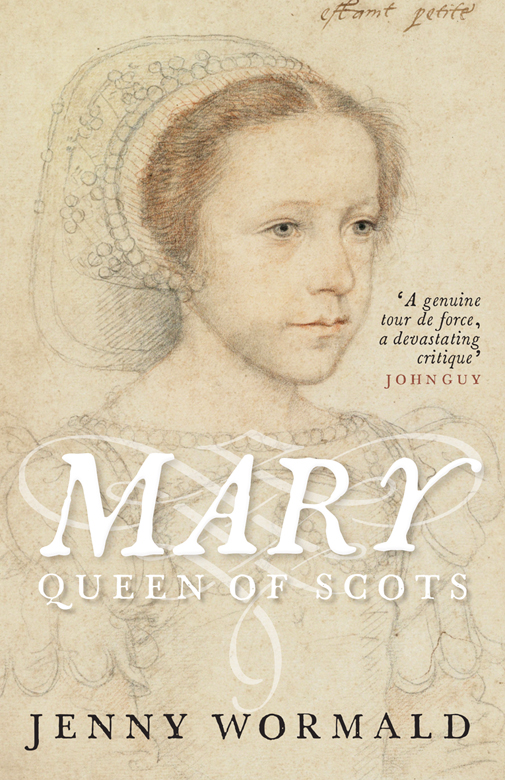