Maxwell’s Ghost is a classic account of the life and achievements of Gavin Maxwell, whose work and beliefs have attained an almost mythical status.

91 in stock (can be backordered)

‘A classic piece of autobiographical, and biographical, writing that deserves to be rediscovered’ – Vulpes Libris Blogspot

Ring of Bright Water by Gavin Maxwell is one of the most famous and best selling books of natural history in the twentieth century. Yet the man who wrote it remains a fascinating and enduring enigma. This is a personal and sympathetic look at this extraordinary man during his last tumultuous years.

Maxwell’s Ghost caused a stir when it was published in 1976 because it dealt candidly with its subject’s homosexual friendships. This aspect of the man had not been common knowledge even among Maxwell’s close friends, and certainly had not been touched upon in the 1969 film of Ring of Bright Water which Frere always called ‘notably inane’ or in Maxwell’s memoir from the previous year, Raven Seek Thy Brother. Frere denied sensationalizing in his book. He said that Maxwell had asked him on his death-bed to write it, and ‘demanded that I write a true and impartial account’. Maxwell’s Ghost is a grittily honest portrayal of Gavin Maxwell through the destruction of Camusfearna to his final acceptance of the inevitability of his death.

Richard Frere was born at Roydon Hall, Norfolk, in 1922. When Frere was a child, his father moved to Scotland and after private tutoring he went to Inverness Academy. He instinctively took to the Highlands, and over the course of his life he published a number of works on the area as well as on a variety of other subjects, however, he would probably have remained unknown to the wider world had it not been for his association with Gavin Maxwell and the publication of Maxwell’s Ghost in 1976. He died in 1999. 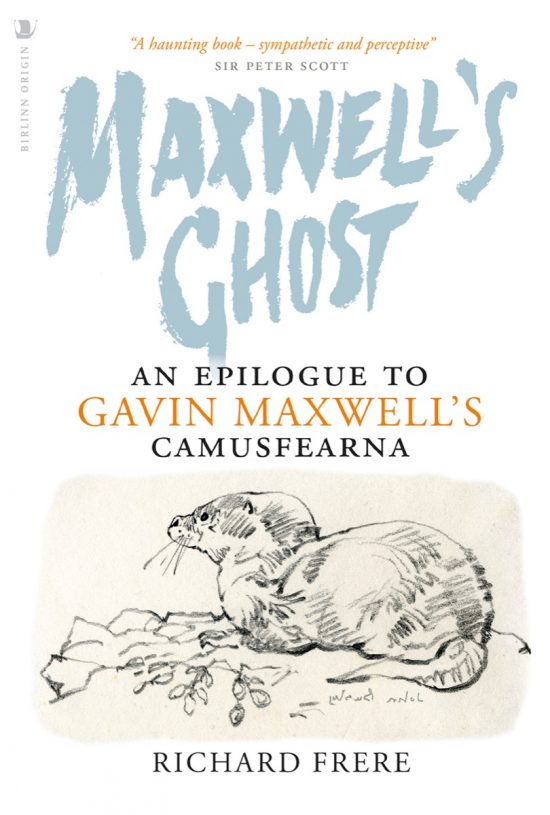