In the course of the past 45 years, Angus Roxburgh has translated Tolstoy, met four successive Russian presidents and been jinxed by a Siberian shaman. He has come under fire in war zones and been arrested by Chechen thugs. During the Cold War he was wooed by the KGB, who then decided he would make a lousy spy and expelled him from the country.

In Moscow Calling Roxburgh presents his Russia  not the Russia of news reports, but a quirky, crazy, exasperating, beautiful, tumultuous world that in four decades has changed completely, and yet in some ways not at all. From the dark, fearful days of communism and his adventures as a correspondent covering the Soviet Unions collapse into chaos, to his frustrating work as a media consultant to Putins Kremlin, his memoir offers a unique, fascinating and at times hilarious insight into a country that today, more than ever, is of global political significance. 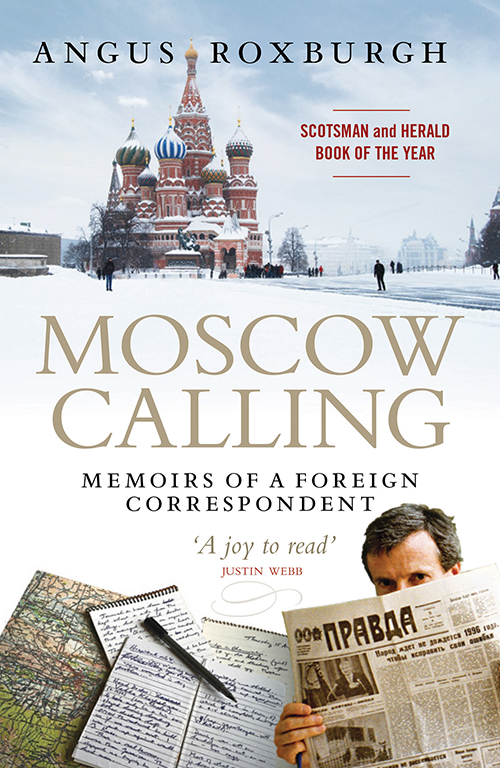