'Fry is lively, provocative and pleasure to read' – Scotsman

'A great introduction to the pioneering legacy of the Scottish Victorian era . . . bringing the theatre of Scottish history to life with an incredible eye to detail' – The Lady

'Mr Fry has some excellent insights [. . .] There is much to appreciate in this erudite tome. As a primer on the forthcoming debate, it is a fine sounding board' – Country Life

In his new book on Scotland 1815–1914, Michael Fry goes well beyond the conventional analyses of the economy and society to which previous histories have confined themselves. Here the central thread of the story is not steady assimilation to the norms of the United Kingdom but the survival of distinct forms of Scottishness that both derived from an independent past and laid the foundations for the reassertion of nationality in the present time. The emphasis is therefore not on those aspects in which Scotland became more like the rest of Britain – though these are acknowledged and described – rather on the ways in which Scotland remained different.

Through detailed new research, particular attention is paid to the development of politics and government in the Victorian era. Above all, however, Michael Fry points to the condition of Scottish culture, in both its triumphs and its failings, as the key to understanding what made the nation falter in some respects yet in others to survive and at length prosper once again. Throughout, for this exemplary era of Scottish individualism, he relies not on theories and statistics but on the experience of individual Scots men and women to bring out the essential achievement of Scotland’s greatest century to date.

Michael Fry was educated at the universities of Oxford and Hamburg. He is the author of The Scottish Empire (2001), How the Scots Made America (2003) and Wild Scots: Four Hundred Years of Highland History (2005). He has also written numerous articles on modern Scottish history and several political pamphlets. He has contributed to most major Scottish and British newspapers and has been a weekly columnist for the Scotsman, The Herald and The Sunday Times. 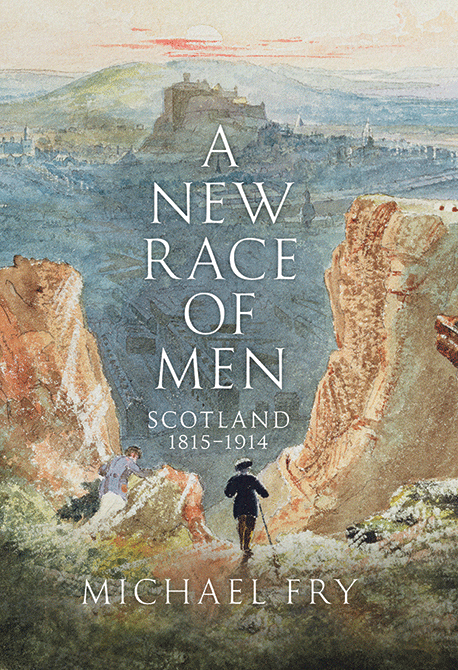 Stock status: Out of print