No Borders: Playing Rugby for Ireland

No Borders: Playing Rugby for Ireland

From Jack Kyle’s immortals to Brian O’Driscoll’s golden generation, this is the story of Irish rugby told in the players’ words.

Fully updated to include Ireland’s historic victory over the All Blacks and their 2018 Six Nations Grand Slam.

From Jack Kyle’s immortals to Brian O’Driscoll’s golden generation, this is the story of Irish rugby told in the players’ words.

Celebrated rugby writer Tom English embarks on a pilgrimage through the four provinces to reveal the fascinating and illuminating story of playing Test rugby in the green of Ireland – all the glory of victory, all the pain of defeat, and all the camaraderie behind the scenes. But more than a nostalgic look back through the years, this is a searing portrait of the effects of politics and religion on Irish sport, a story of great schisms and volatile divisions, but also a story of the profound unity, passionate friendships and bonds of a brotherhood.

With exclusive material garnered from 115 interviews with players and coaches from across the decades, No Borders unveils the compelling truth of what it means to play for Ireland at Lansdowne Road, Croke Park, the Aviva Stadium and around the world. This is the ultimate history of Irish rugby – told, definitively, by the men who have been there and done it.

Tom English, a native son of Limerick, is an award-winning BBC Sport writer and broadcaster. A former Irish rugby correspondent with The Sunday Times and chief sports writer with Scotland on Sunday, he was voted Scottish Sports Feature Writer of the Year six times. He won Rugby Book of the Year at the 2011 British Sports Book Awards for The Grudge, his account of the 1990 Grand Slam showdown between Scotland and England, and is a co-author of the best-selling When Lions Roared: The Lions, the All Blacks and the Legendary Tour of 1971. 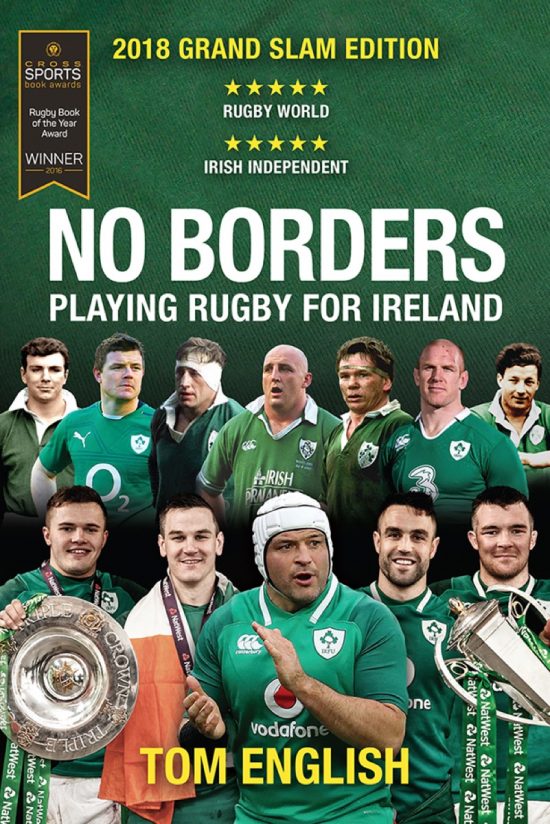