The area surrounding the parishes of East Anstruther, West Anstruther, Easter, Wester and Kilrenny and the villages within them is immensely historic. In 1225, it took the intervention of Pope Honorarius to settle a teinds dispute between the monks of Dryburgh Abbey and the fishermen of Anstruther suggesting that the fishing there was sufficiently good to warren arguing over! Herring fishing remained a feature of the area until the mid 20th century when, after a record catch in 1936 the shoals mysteriously declined until the industry effectively disappeared by 1947. This volume features photos from the late 19th and early 20th century of Billowness, Anstruther Wester, Buckie House, NBR station, East Anstruther, Chalmers’ Birthplace & Memorial Church, Elizabeth Gourlay, West Anstruther, Cellardyke and Kilrenny. Also included are historic views of most of the town’s principal streets and scenes of fishing industry and maritime interest. 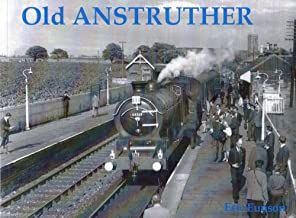